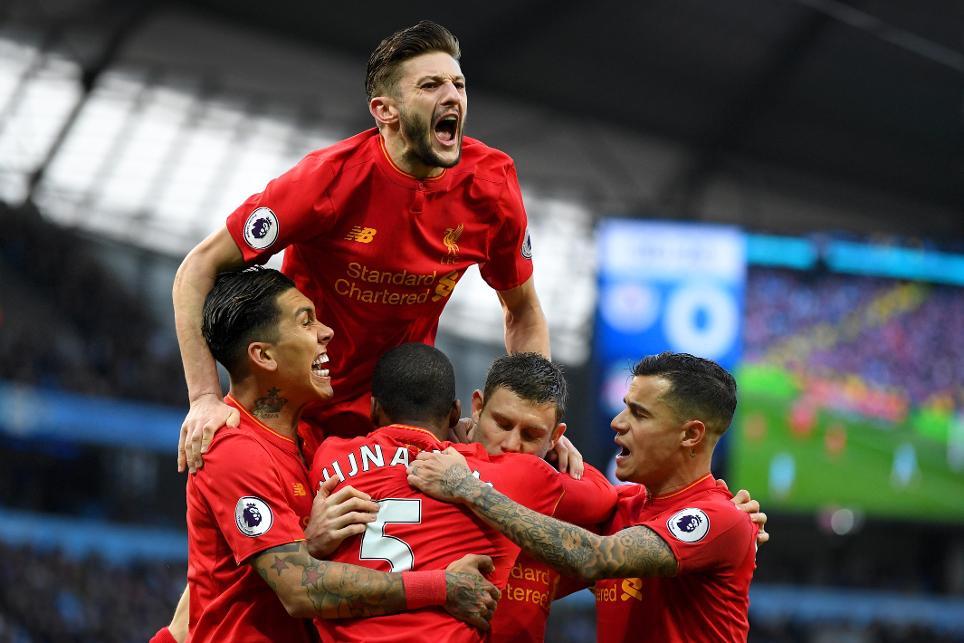 Who of the teams eyeing UEFA Champions League have the easiest run-in? We look at their remaining matches

With only nine points separating second and seventh place, the race to finish in the Premier League's top four is finely poised heading into the final quarter of the season.

So we looked at the remaining fixtures for Tottenham Hotspur, Manchester City, Liverpool, Manchester United, Arsenal and Everton and using the Fixture Difficulty Rankings (FDR) tool from Fantasy Premier League, found out who had the hardest, and easiest, run-ins.

Despite playing at least one match more than their direct rivals, Liverpool's run-in presents them with a great chance of qualifying for the UEFA Champions League for the first time since finishing second in 2013/14.

This is because the FDR suggests that Jurgen Klopp's side boast the most favourable schedule of the top-four chasers, with an average FDR rating of 2.22.

Next Sunday's Merseyside derby is rated as Liverpool's joint-toughest remaining fixture with an FDR ranking of 3, along with a home encounter against Southampton in Matchweek 36.

Their meeting with Everton is the last time the Reds will face any of the top seven teams this season.

After Liverpool it is Tottenham Hotspur who boast the second-most promising run-in, with an average FDR rating of 2.50.

Although Mauricio Pochettino's team are yet to face Arsenal and Manchester United, they will play both those matches at White Hart Lane, where they are unbeaten in 2016/17.

Of Spurs' 10 remaining fixtures, eight are against teams currently in the bottom half. But, despite appearing favourable on paper, this could work against them as sides fight to avoid relegation.

After an 18-match unbeaten run, Man Utd have to negotiate what is deemed by the FDR to be the toughest schedule should they wish to qualify for the UEFA Champions League through league position.

United are yet to play Everton, Chelsea, Man City, Arsenal and Spurs and are the only side in the top seven whose FDR rating for their remaining matches averages above 3.

*yet to be rescheduled

*yet to be rescheduled