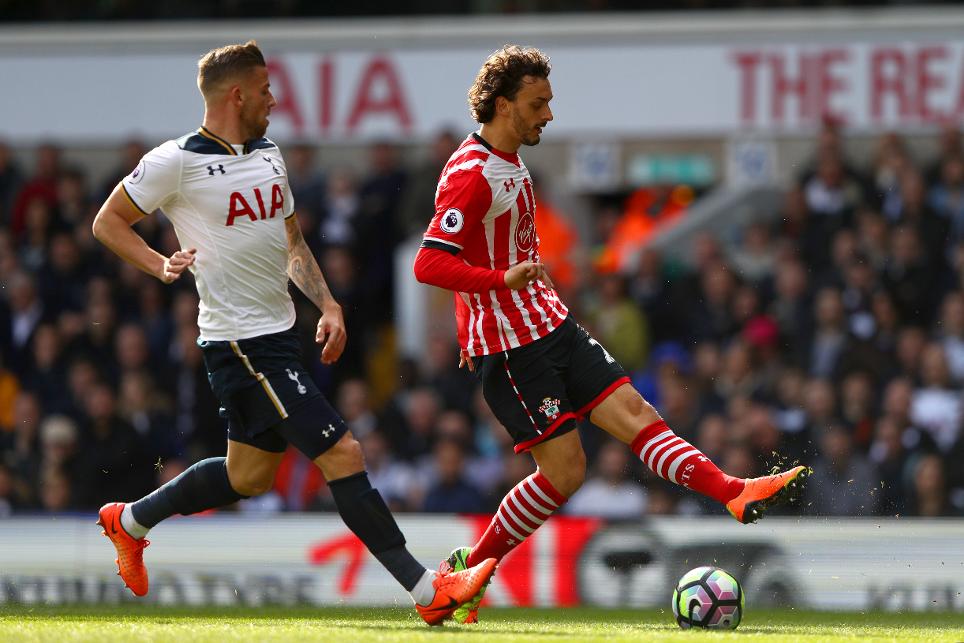 After attracting 430,000 FPL owners Southampton striker is a doubt for back-to-back home matches

Netting the hosts’ opener, the Denmark international also made two successful tackles and completed 78% of 33 attempted passes, with two of those leading to scoring opportunities.

Mousa Dembele (£5.4m) was awarded a single bonus point after scoring 25 in the BPS.

The Belgian made seven recoveries and completed three successful dribbles. He was also successful with 87% of 58 attempted passes, supplying the assist for Eriksen’s goal.

Dele Alli (£8.8m) failed to collect bonus points despite scoring Spurs’ second goal from the penalty spot. The midfielder’s BPS haul suffered as he was tackled on eight occasions.

Alli was ranked top of the ICT Index, though, thanks to a score of 10.6.

The midfielder produced two shots, both from inside the penalty box and on target, on his way to netting for the 11th time in 12 Gameweeks.

Fellow scorer Eriksen registered more shots on goal (four) than any player in the match, though all of his efforts were fired from range.

Despite failing to find the net, Son Heung-min (£6.9m) claimed the top ICT Threat haul, with 63.

Deputising for the injured Harry Kane (£11.2m) up front, Son recorded three shots on goal, all from inside the Southampton box, though managed only one on target.

Assuming spot-kick duties in Kane's absence, Alli has moved to one point behind Chelsea’s Eden Hazard (£10.2m) in the FPL midfield standings.

With seven of Spurs’ remaining 10 matches scoring two in the Fixture Difficulty Rankings (FDR), acquiring at least one of Alli or Eriksen looks a worthy strategy for the run-in.

The fourth-most popular target ahead of the weekend with 132,000+ new owners, Alli has already been snapped up by more than 24,000 FPL managers since Sunday's haul.

More than 14,000 have turned to Eriksen, who is fourth in the midfield rankings after netting for the first time since Gameweek 16.

Meanwhile, Ward-Prowse’s fine run of form suggests that he could emerge as a budget midfield contender as the Saints prepare to play 11 fixtures over the remaining nine Gameweeks.

Found in only 0.3% of FPL squads, he has produced two goals and an assist in his last five Gameweek appearances.

Having teed up Ward-Prowse for the visitors’ consolation, Ryan Bertrand (£5.4m) has also improved his output of late.

Claude Puel has cause for concern further up the pitch, though, after Manolo Gabbiadini (£6.9m) limped off during the first half with a groin problem.

The Italian had soared to over 10% ownership prior to the weekend after scoring four goals in his first three Gameweek starts.

But with doubts now surrounding the Italian’s availability for the back-to-back home matches with AFC Bournemouth and Crystal Palace, the striker is the third-most sold player over the last 24 hours, with more than 13,000 FPL managers parting company.