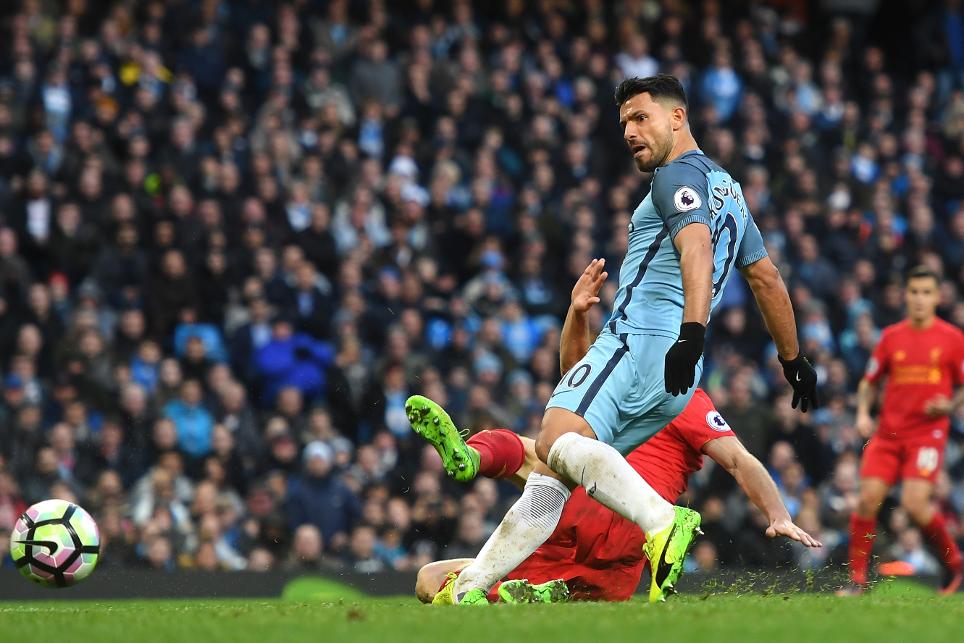 Sergio Aguero's goal kept Manchester City above Liverpool in the Premier League as they fought back to earn a pulsating 1-1 draw at the Etihad Stadium.

After a goalless first-half finished with a flurry of chances, Liverpool went ahead when James Milner coolly scored a penalty following Gael Clichy's foul on Roberto Firmino.

Then De Bruyne rattled the post and Aguero blasted over for City late on, while Liverpool's Adam Lallana scuffed a fantastic opportunity when he was unmarked six yards out late on.

The draw leaves Man City third, one point and a place above Liverpool having played one match more.