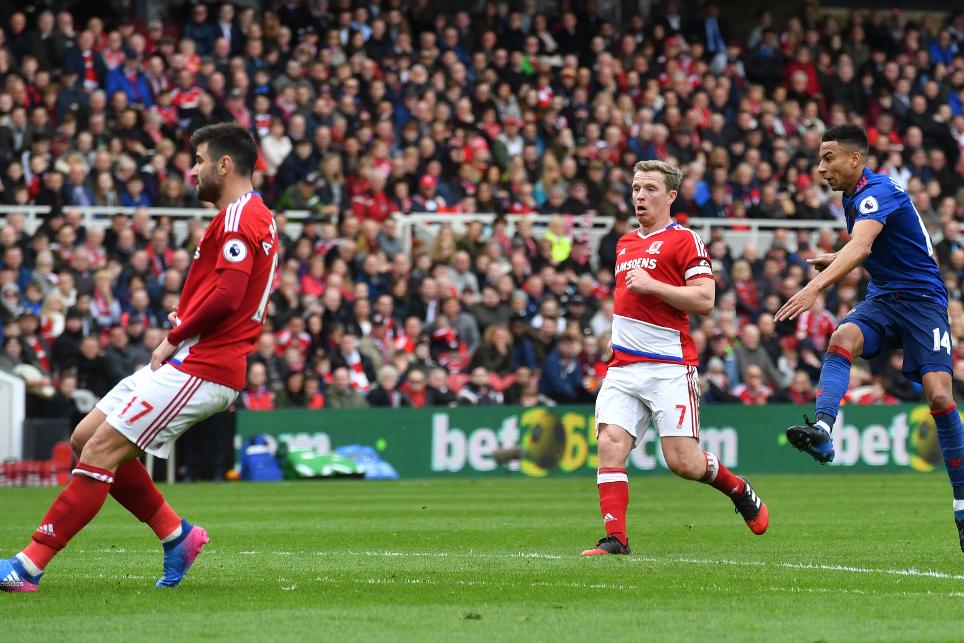 Fellaini, Lingard and Valencia give United a 3-1 win over Middlesbrough

Manchester United became the first side to claim 600 victories in the Premier League thanks to a hard-fought 3-1 win over Middlesbrough at the Riverside Stadium.

Boro, with Steve Agnew in caretaker charge following the departure of Aitor Karanka during the week, started brightly but Marouane Fellaini put United ahead with a close-range header at the back post on the half-hour mark.

"The answer was magnificent."

Jesse Lingard then doubled United's lead on 62 minutes with a superb strike into the top corner from outside the area.

The home side pulled a goal back through substitute Rudy Gestede with 13 minutes left but despite piling on the pressure, United sealed the three points when Antonio Valencia tapped in after taking advantage of a Victor Valdes slip.

United move above Arsenal into fifth place while Middlesbrough remain in the bottom three, five points from safety.