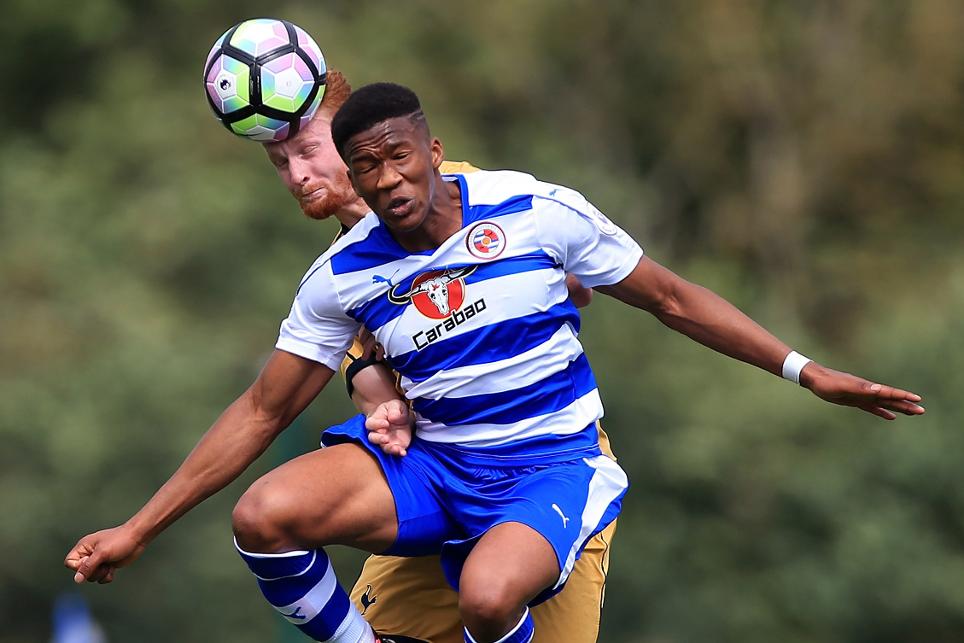 Reading fought from a goal down to beat Middlesbrough 4-1 and secure their place in the Premier League Cup quarter-finals.

Gabriel Osho (pictured above) headed in from a corner shortly after the interval, before Mendes added a second and Yakou Meite volleyed in their fourth late on.

U23 REPORT | Royals wrap-up convincing 4-1 win over Boro to book a place in the PL Cup quarter-finals! https://t.co/uIdheLUsBd pic.twitter.com/J5FgrvElNA

The quarter-final draw for the PL Cup will take place live on twitter.com/PLYouth from 12pm on Tuesday 21 March.

Reading’s next Premier League 2 match is at home to Arsenal on Monday 10 April, while Middlesbrough visit West Ham United at the London Stadium on the next day.