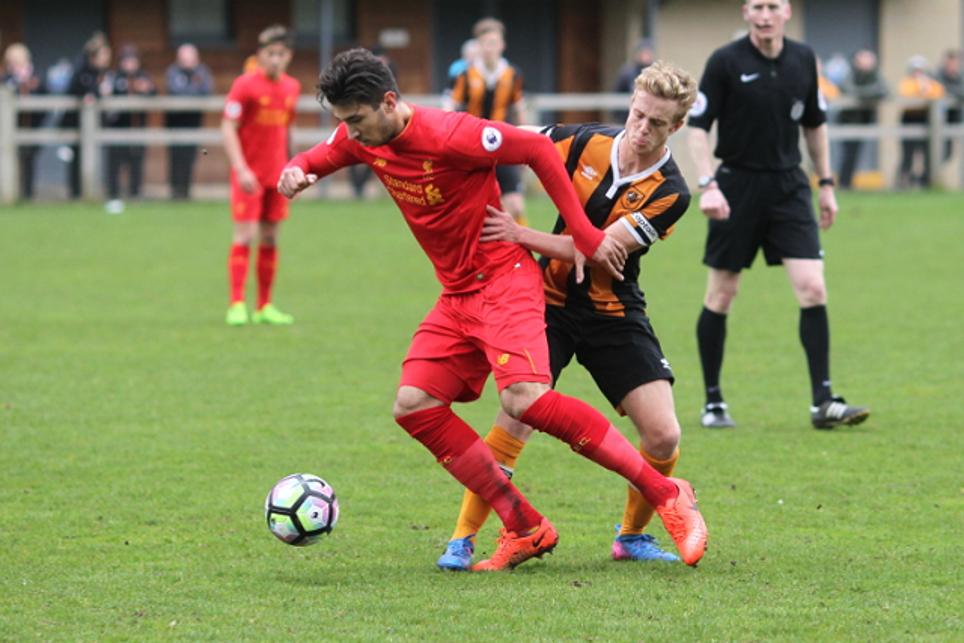 Marko Grujic and Joe Gomez featured for Liverpool as they beat Hull City 5-4 on penalties to reach the quarter-finals of the Premier League Cup.

Ben Hinchcliffe had put Hull ahead in the first half but Matty Virtue equalised for Liverpool to take the tie to extra-time.

Toni Gomes' fine finish put Liverpool 2-1 up but Luke Lofts got a late equaliser for Hull to take it to a penalty shoot-out, in which the home side triumphed.

Liverpool next face a Premier League 2 trip to Southampton, at St Mary's Stadium, on Monday 10 April.