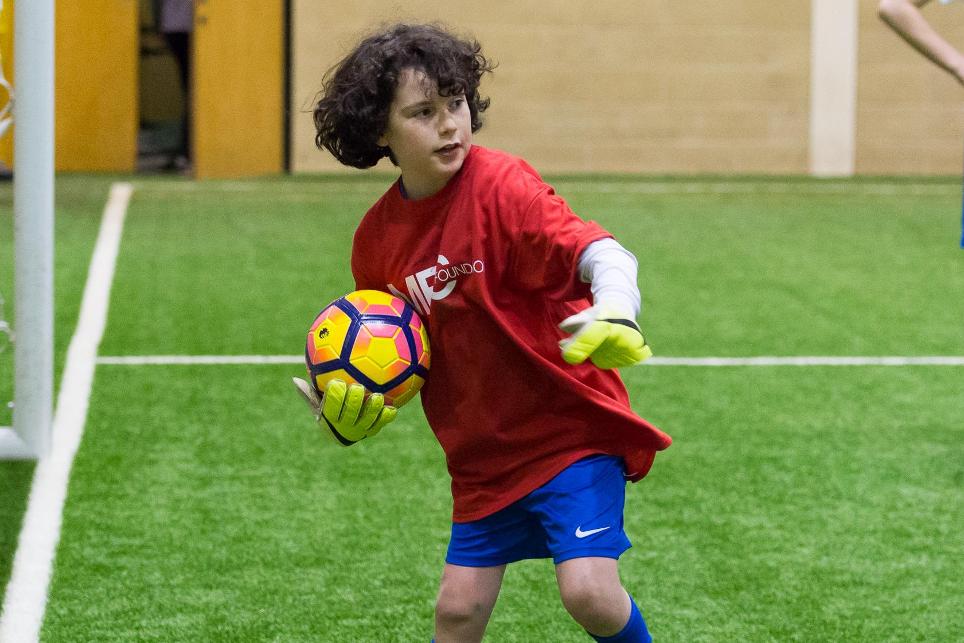 Like a lot of boys, Oliver Philpott is football-mad and was desperate to play football with his friends.

But the 10-year-old suffers from a physical disability that restricts the use of his legs and led to him being excluded from taking part in games.

"At school, there's a football team and I never got chosen because I am really slow," he says. "I just really wanted to play football but I couldn't because I couldn't run or anything and nobody would really like me to play."

For Oliver's mum Sally, seeing that exclusion and the effect it was having on her son was heartbreaking.

"He would get frustrated, he would get sad and say, 'Why don't my legs work?' " she says. "And as a mother, it's really hard to hear your son say something like that."

Five years ago, after Oliver came home from school feeling particularly upset, he sat down with his mum to search for disability football teams he could play in.

They discovered disability sessions run by Middlesbrough FC Foundation and went along to try it out. Oliver has been a regular ever since.

"I feel excited because I can finally play football with other people," he says.

The coaching sessions have made a big impact on Oliver's happiness and confidence now he is included and feels part of a team.

But his mum says playing football regularly has also made a difference to Oliver's physical wellbeing.

"To think that five years ago we thought that he would never be able to run, or even walk very far, and to see him playing a football match now, it brings tears to my eyes. It's fantastic."

The initiative, which aims to provide many more stories like Oliver's, is currently run by 22 Premier League and Football League clubs across the country.