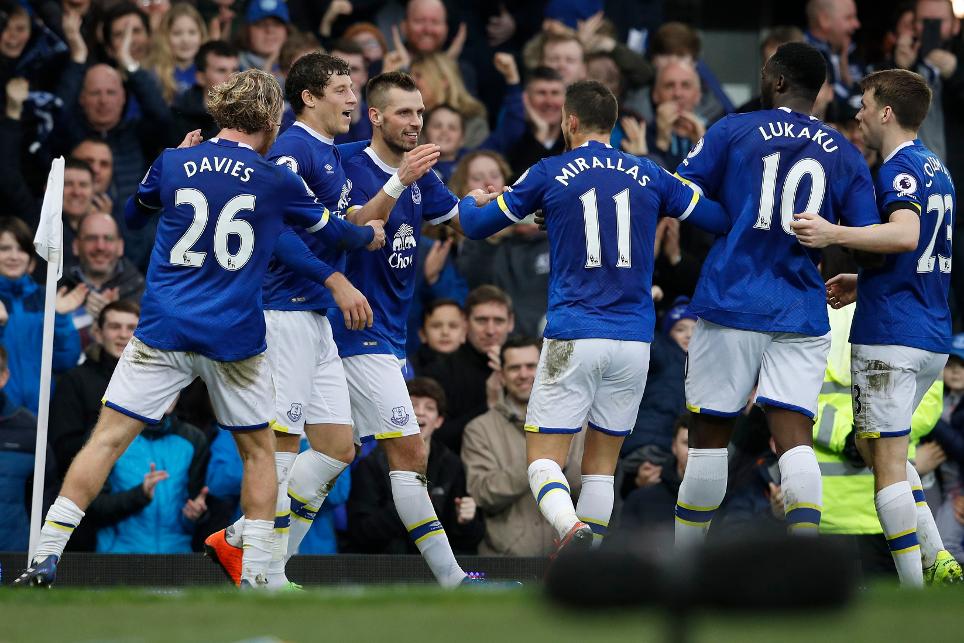 In-form Lukaku strikes out in front

In a Gameweek limited to only four fixtures, Ronald Koeman's Everton emerged as the dominant source of Fantasy Premier League talent.

But despite contributing six players to the Dream Team XI it was AFC Bournemouth who supplied the leading performer, as Joshua King's (£5.6m) hat-trick in the 3-2 win over West Ham United confirmed him as the new top-value target in midfield.

The Hammers goalkeeper is given a Dream Team debut despite his side’s 3-2 loss at AFC Bournemouth. Six saves – including a first-half penalty stop – helped Randolph secure a 10-point return, his first double-digit tally of the season.

The centre-back displayed his goal threat again with a consolaton header in a 2-1 loss at Hull City. A fourth goal in nine Gameweek appearances earns Mawson a third Dream Team call-up.

Owned by 10.1% of FPL managers, the defender helped Everton secure the sole clean sheet of Gameweek 28 thanks to a 3-0 home victory over West Bromwich Albion. Williams has helped provide seven shutouts in the last 11 Gameweeks, with Everton's total of 10 already matching their tally from last season.

Recalled to the Toffees' teamsheet for the first time since Gameweek 19, Jagielka ousted Ramiro Funes Mori (£4.8m) and could be ahead of the Argentinian in the pecking order for the weeks to come.

The top-scoring player in the Gameweek with 18 points, King atoned for an early penalty miss by firing a hat-trick in AFC Bournemouth’s 3-2 home win over West Ham. With eight goals in seven appearances, King ranks second for points-per-million value among midfielders and is the top transfer target ahead of Gameweek 29.

Handed a first start in five Gameweeks, the winger vindicated his manager’s decision by finding the net against West Brom. Mirallas has a goal and two assists over the last three league outings ahead of a Gameweek 29 home encounter with Hull City.

A pair of assists against West Brom secured a second Dream Team appearance of the campaign. Barkley has delivered a goal and four assists over the last five Gameweeks, with his total of nine assists already matching his tally from 2015/16.

The Frenchman earns a Dream Team debut after his sixth start since arriving from Manchester United in the January transfer window. Netting his first Everton goal, Schneiderlin returned a season-high nine-point score, having also collected a bonus point in the win over West Brom.

Another Dream Team debutant, Can struck for the first time since Gameweek 14 to secure Liverpool's 2-1 win over Burnley. Only 1.6% of FPL managers own the Germany international, who has a goal and an assist over the last three Gameweek appearances.

Lukaku tops the FPL forward standings after a goal and an assist against the Baggies, earning 12 points. Now the most popular FPL asset, he resides in 42.2% of squads ahead of home matches against Hull City, Leicester City and Burnley over the next five Gameweeks.

The Hull City forward, on loan from Everton, came off the bench to score twice in the Tigers' 2-1 home win over Swansea City. Niasse has produced three goals in the last five Gameweeks but is ineligible to visit his parent club on Saturday.