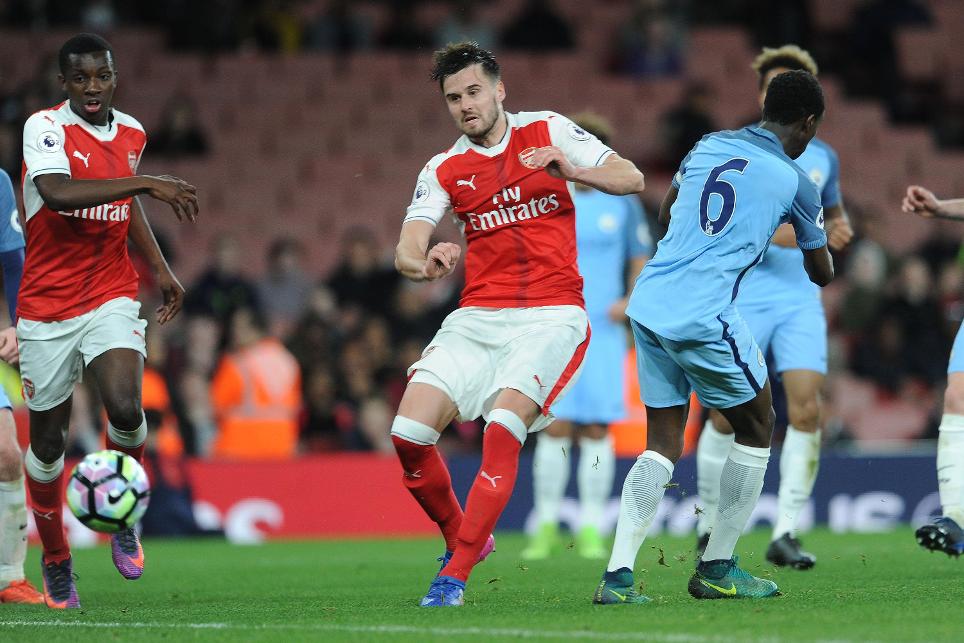 Thierry Ambrose scored twice in the first 27 minutes to put City 2-0 up, but Donyell Malen pulled one back for Arsenal before the break and Reiss Nelson equalised in the 55th minute.

A Lukas Nmecha penalty restored City's lead with 20 minutes left, but Jenkinson had the final say deep into stoppage time.

You're 3-2 behind, it's the last minute and you're in desperate need of a goal...

The result means the gap between placed City and leaders Everton, who beat Derby County, grew to five points with three matches remaining.

Everton could clinch the title if they beat Tottenham Hotspur on 10 April and City fail to beat Derby at the City Football Academy the previous Friday.

Arsenal's next match is against Reading at the Royals' training ground on the same day Everton face Spurs.