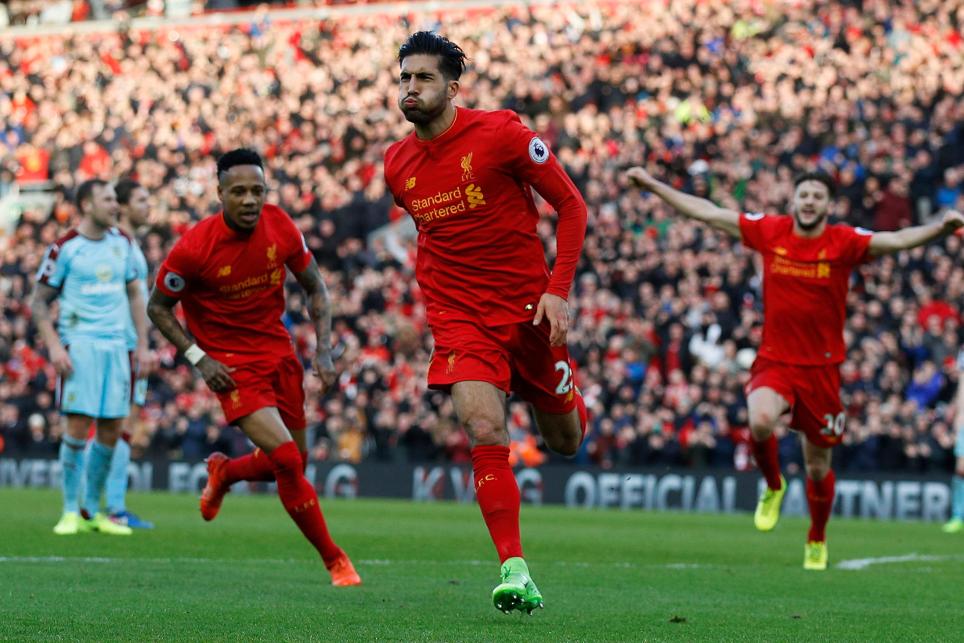 Klopp: One answer isn't enough for us External Link

Georginio Wijnaldum and Emre Can were on target as Liverpool came from behind to beat Burnley 2-1 at Anfield.

Burnley got off to a fine start when Ashley Barnes prodded in Matt Lowton's fine pass with seven minutes gone.

Liverpool struggled to find their momentum but were level on the stroke of half-time thanks to Wijnaldum, who converted Divock Origi’s cross for the equaliser.

Liverpool are still fourth, but the victory takes them to within a point of second-placed Tottenham Hotspur and five clear of Arsenal, in fifth.