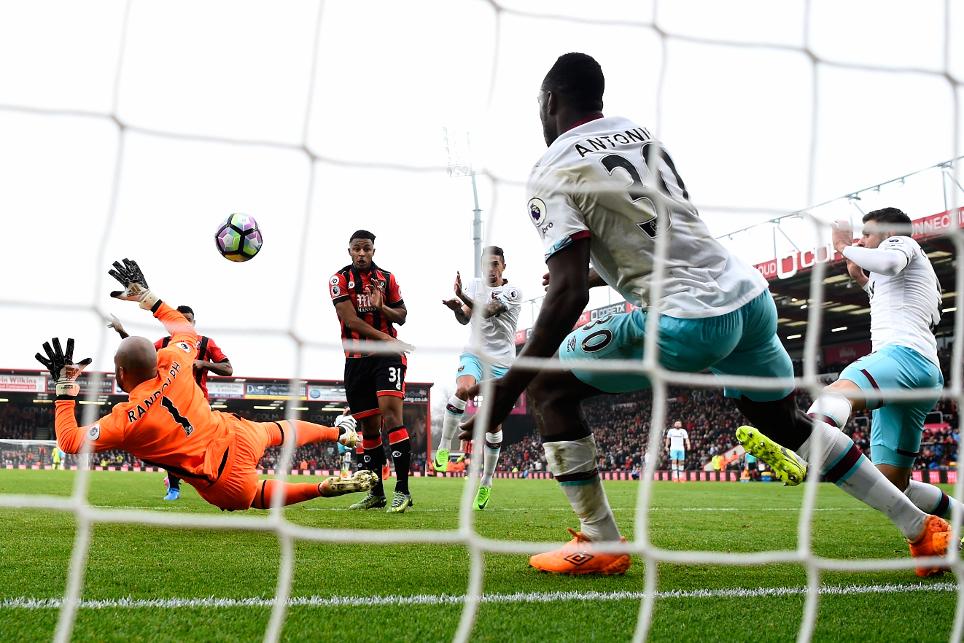 Eddie Howe - It's a relief, it's great to get that winning feeling again External Link

Andy Townsend has praised the character of AFC Bournemouth as they bounced back from two missed penalties to claim a late 3-2 victory over West Ham United.

Joshua King dragged an early spot-kick wide before Michail Antonio netted for West Ham, but King sealed a hat-trick in the 90th minute, while Benik Afobe had a spot-kick saved in the first half.

"They deserved their victory," Townsend said. "Missing two penalties can come back and bite you hard, but they kept going, kept believing, and they got their just desserts."

Also speaking in the video above, former Premier League manager Alan Curbishley described it as a "must-win match" and believes Cherries manager Eddie Howe has a platform to build on as they aim for safety.

See: It's great to get that winning feeling again, says Howe