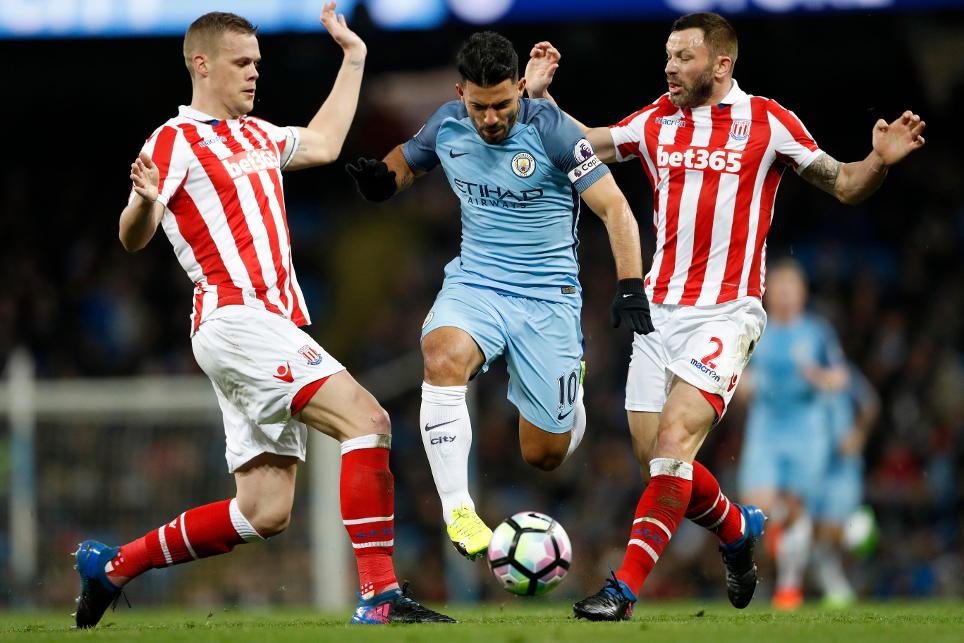 Manchester City missed the chance to move up to second place in the Premier League table after being held to a goalless draw by Stoke City.

The visitors might have taken the lead in the first half but Willy Caballero saved from Mame Biram Diouf’s deflected shot and Bruno Martins Indi squandered Phil Bardsley’s free-kick.

Man City picked up in the second half with Leroy Sane blazing over, David Silva firing wide and Nicolas Otamendi heading over.

Man of the match: Ryan Shawcross