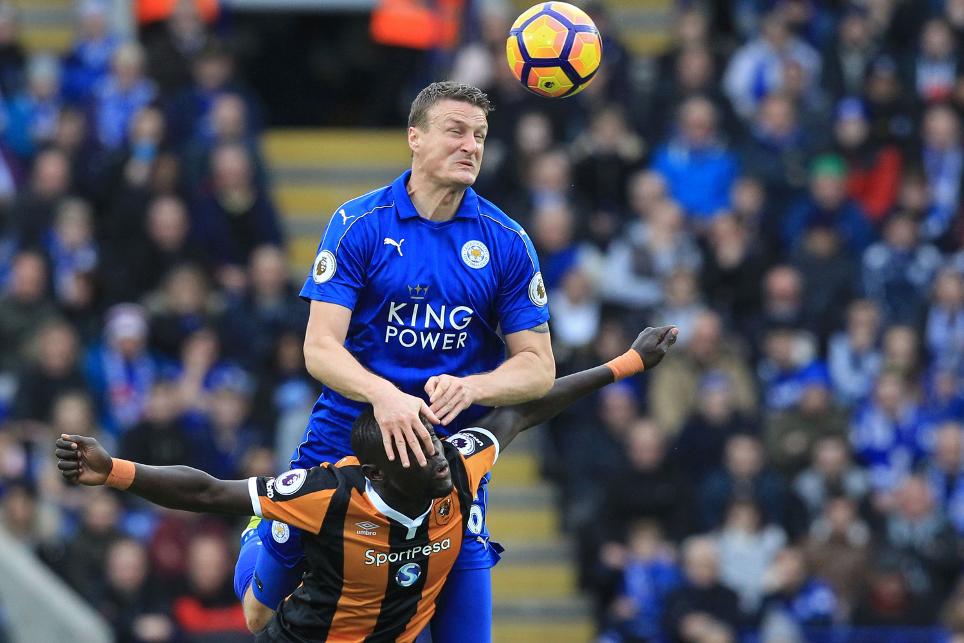 No-nonsense centre-back named in striker's dream PL 5-a-side team, but not purely to play in defence

Albrighton: A Massive Week For Us External Link
Five-a-sides: 'Defoe was born to score'

Jamie Vardy's 24 goals lit up the Premier League as Leicester City won the title last season, but the striker clearly knows the importance of a strong defence.

"He's just a tank, no nonsense," he said of Robert Huth, who Vardy picks alongside Wes Morgan in a solid base to his dream 5-a-side line-up of current and former team-mates.

But despite being included for his defensive qualities, Vardy explains in the video below that Huth will "probably try playing up front!"