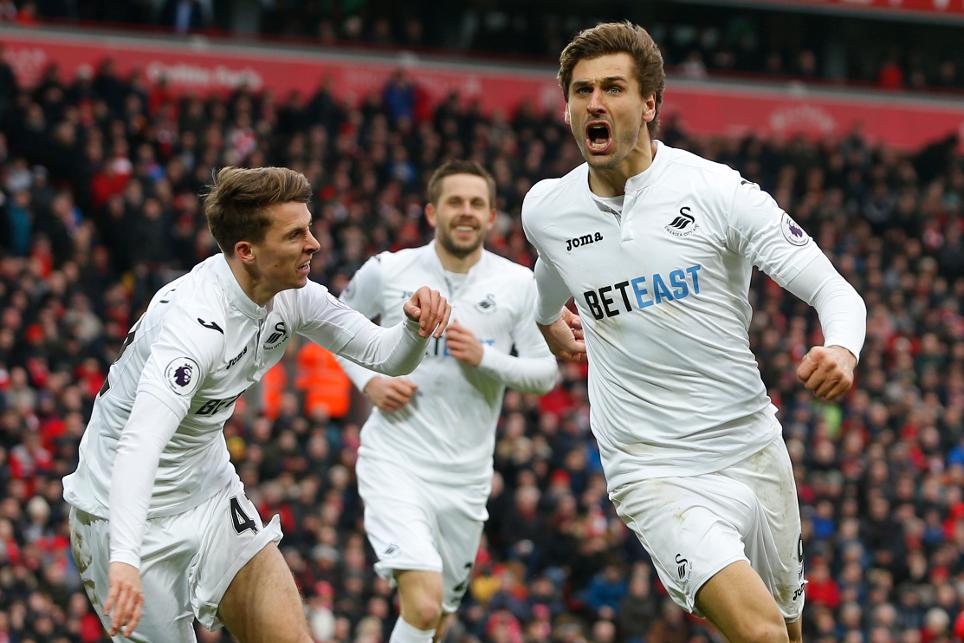 With five wins in eight matches since his appointment, Paul Clement has brought his Swansea City assets into focus as budget-friendly Fantasy Premier League options.

January signings Tom Carroll (£4.3m) and Martin Olsson (£4.5m) have made a significant impact, while the form of Gylfi Sigurdsson (£7.7m) and Fernando Llorente (£6.4m) has led the resurgence.

Sigurdsson has registered three goals and five assists over the last eight Gameweeks; Llorente has netted five times in his previous six starts.

The Swans are one of only eight teams playing in Gameweek 28, when they face a trip to Hull City. That is followed by promising match-ups away to AFC Bournemouth and at home to Middlesbrough.

Those fixtures, allied with their improved form, make Swansea an ideal source of low-to-mid-price FPL options.

Having scored 14 goals under the new head coach, Clement’s attack has attracted plenty of interest.

Sigurdsson has been drafted in by more than 350,000 managers over the past three Gameweeks, while Llorente leads the transfers in since Saturday’s deadline, attracting 90,000+ new owners.

Deployed primarily on the left of a front three, Sigurdsson's average shots from inside the box has increased under Clement, from 0.9 to 1.2 per match.

The midfielder has also created 2.4 chances per match under Clement, compared with 2.0 previously, highlighting his growing influence.

Sigurdsson has scored or assisted 57% of Swansea's goals since Clement's arrival.

Llorente, meanwhile, took his goal tally to 11 with a Gameweek 27 brace, and is second only to Sunderland’s Jermain Defoe (£7.7m) for points-per-million value among forwards, with 16.3.

The prospect of pairing Sigurdsson and the in-form Spaniard looks an attractive option.

Although the Swans have kept only one clean sheet under Clement, there has been a significant improvement at the back.

Having conceded 2.3 goals per match before his arrival, that has since fallen to 1.9.

They have also conceded an average of 11.9 attempts since Gameweek 20, compared with 14.9 per match previously.

Clement has stuck with a settled back four of Kyle Naughton (£4.3m), Federico Fernandez (£4.2m), Alfie Mawson (£4.6m) and Olsson, with Mawson emerging as a key figure.

The centre-back has scored three goals since Clement's appointment and ranks joint-second among defenders for shots inside the box over that period, with seven.

Mawson has unsurprisingly been a popular transfer target, snapped up by 50,000+ managers across the past two Gameweeks.

But with two goals in his last three outings, left-back Olsson is also providing an attacking threat.

The Sweden international produced five goal attempts in the 3-2 win over Burnley and his progress should be monitored.

Indeed, with six of their next seven matches scoring a Fixture Difficulty Ranking (FDR) of two, Swansea's assets look to have the ideal platform to continue providing excellent value across the positions.