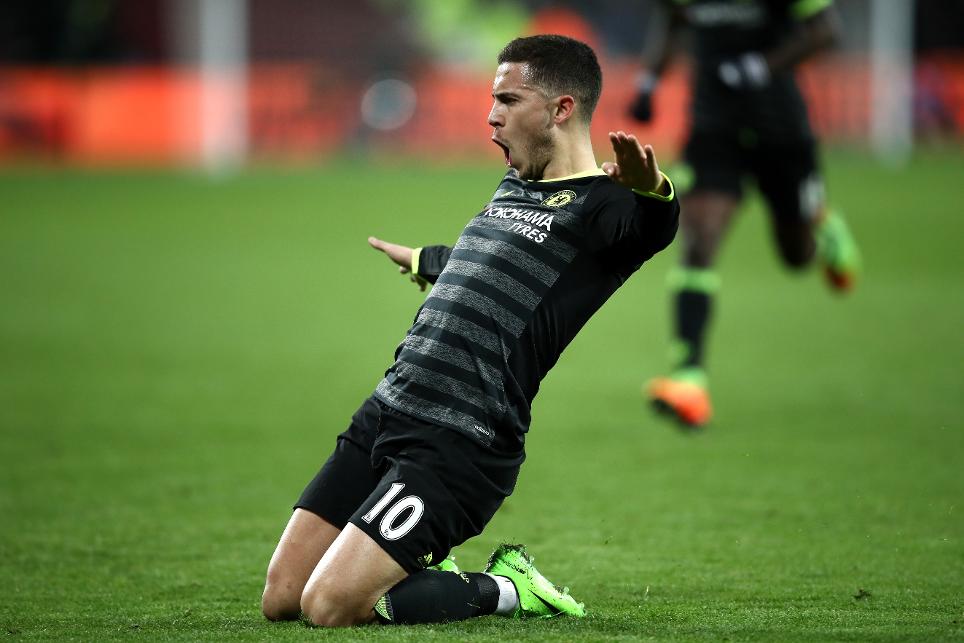 Chelsea restored their 10-point lead at the top of Premier League table with a 2-1 victory at London rivals West Ham United.

The Blues struggled to get into their rhythm early on but they took the lead on 25 minutes when Eden Hazard calmly finished off a fine counterattack.

Here's our take on tonight's win in east London 👇https://t.co/c27XH8tMNh

Diego Costa made it 2-0 just after half-time when he forced home Cesc Fabregas' corner, and he had a chance to add another but he was denied by a superb Darren Randolph save.

With time running out, Manuel Lanzini pulled a goal back for the Hammers but it was too little too late as Chelsea extended their unbeaten run to seven matches.