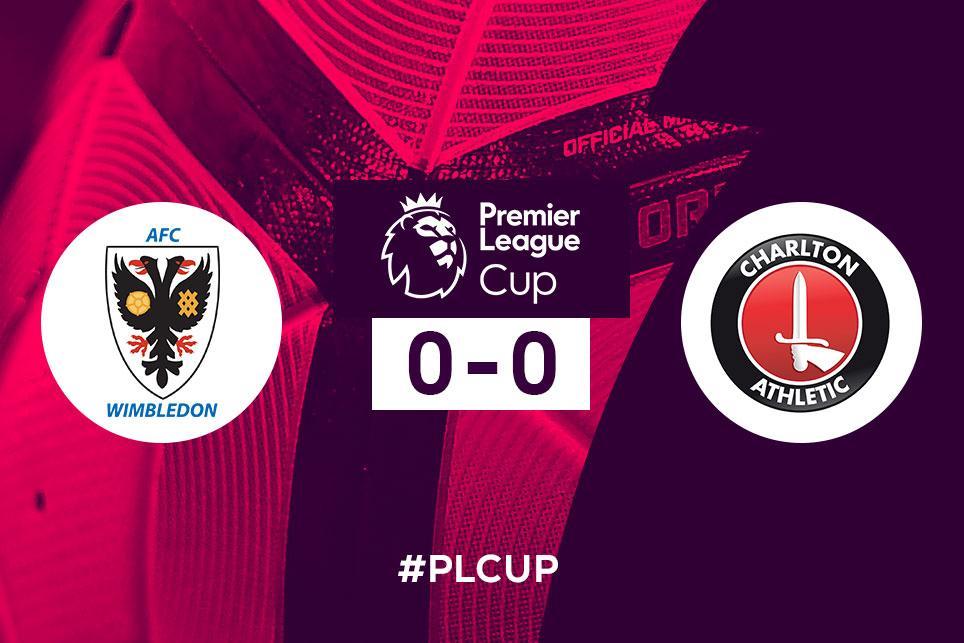 Charlton Athletic missed out on a place in the last 16 of the Premier League Cup after being held to a goalless draw by AFC Wimbledon on Sunday.

The Addicks needed a home win at Mersham to move into second place in their final group match, but were frustrated by an obdurate Wimbledon defence that held firm despite chances for Karlan Ahearne-Grant, George Lapslie and Matt Carter.

PL CUP REPORT | @jpearce05 gets 60 minutes under his belt but draw is not enough as Addicks exit cup --> https://t.co/VV7pnCFxVp #cafc pic.twitter.com/I5hJbhjPnJ

Charlton and AFC Wimbledon finish third and fourth in Group F respectively, meaning Middlesbrough will travel to Reading in the knockout stage.