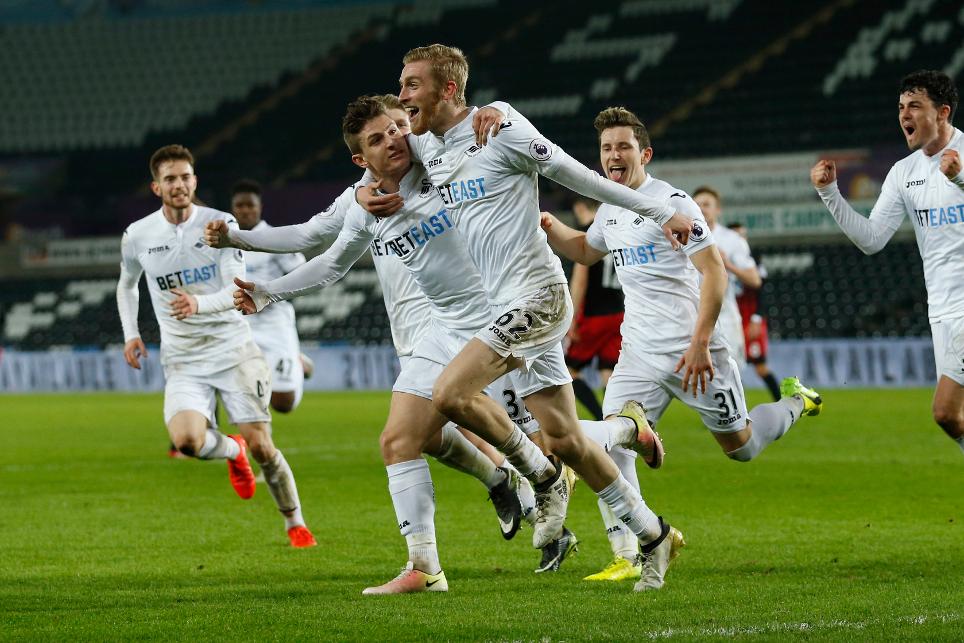 We can't take our foot off the gas, says Davies External Link

Oli McBurnie scored his ninth Premier League 2 goal of the season as Swansea City beat West Bromwich Albion 1-0 to move within one point of the Division 2 title.

McBurnie headed the winner in the 71st minute at Aggborough, but the Swans had a scare at the end when Tahvon Campbell hit the bar.

Swansea are now 13 points clear of second-placed Fulham, who only have four matches remaining, but the Welsh can be caught by third-placed Wolverhampton Wanderers, who need to win all five of their remaining matches and hope the leaders lose their last three.

🗣 "The players deserve a huge amount of credit for how they have progressed throughout the course of this season."https://t.co/uTUvspF8Ja

The two sides meet in their next league match at the Liberty Stadium on Monday.

Before that, Swansea face Bristol City in the Premier League Cup at Ashton Gate on Thursday and West Brom visit Fulham at Motspur Park next Monday.