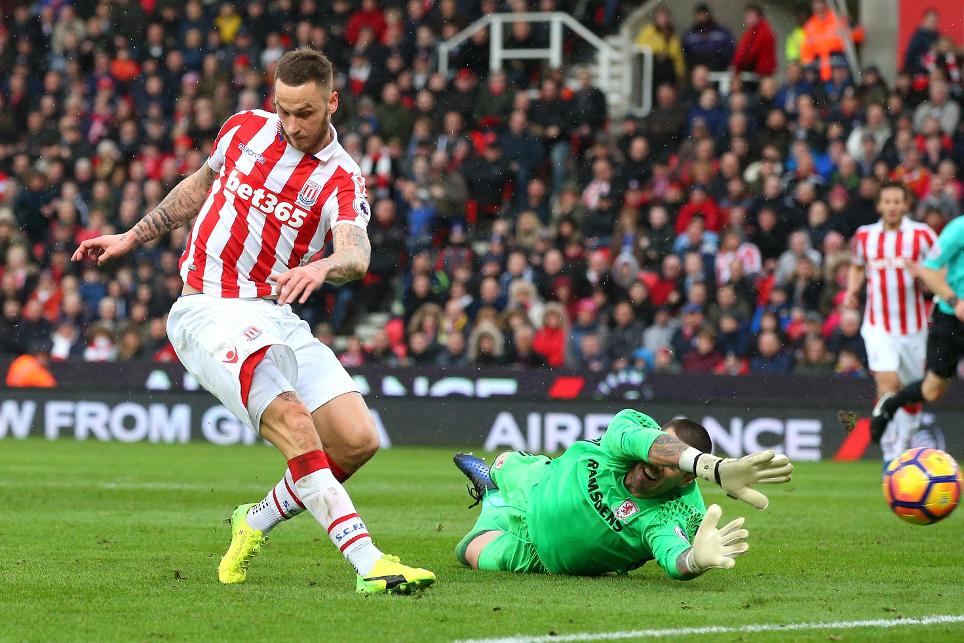 Scoring 51 in the Bonus Points System (BPS) – his biggest tally of the season – Arnautovic completed four dribbles, three open-play crosses and a key pass in addition to his brace.

Glenn Whelan (£4.3m) provided the pass for the Austrian's opener (his first assist of the season). Whelan completed 86% of 56 passes, supplying four chances in total.

That helped him earn 33 in the BPS to claim two bonus points.

He picked up an eighth clean sheet of the season, registering 25 in the BPS with a pair of saves and 10 recoveries.

Arnautovic's goals helped him top the ICT Index, thanks in the main to an Influence score of 74 which earned him 15.8 overall.

Whelan recorded the highest Creativity tally (58) after supplying four key passes and the same number of successful crosses from 11 attempts. His overall Index score of 9.8 was his best of the campaign.

Stoke City's assets were ripe for investment ahead of two Gameweek 27 fixtures and it was Arnautovic who provided the early dividend with a 16-point return.

Owned by just over 41,000 (1.25%) managers prior to Saturday's match, only 11,590 drafted in the Austrian ahead of the Boro encounter and Wednesday's trip to Manchester City.

Joe Allen (£5.2m) and Peter Crouch (£4.9m) were the more popular targets, with the latter offering a reward as he provided the assist for Stoke's second on Saturday.

That was Crouch's first return since Gameweek 23, with his starting role remaining under threat from recent signing Saido Berahino (£6.0m).

Having scored only one goal from their last seven away trips, Middlesbrough's FPL appeal still appears limited to their defensive candidates.

With Calum Chambers (£4.4m) injured, George Friend (£4.3m) returned to the teamsheet on Saturday and could be the go-to option in the Boro rearguard.

Aitor Karanka's men face a home meeting with Manchester United next, before fixtures with Swansea City (a), Hull City (h) and Burnley (a).