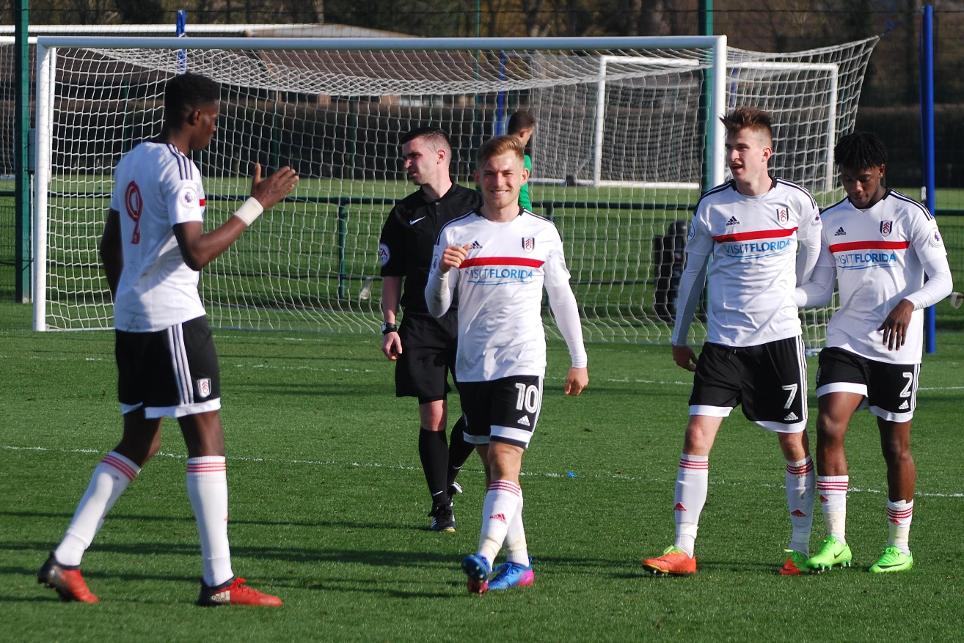 Elijah Adebayo and George Williams, pictured above, struck as Fulham beat AFC Wimbledon 2-0 to finish six points clear at the top of Group F and progress to the knockout stages.

Jon Dagur Thorsteinsson provided an exquisite assist for Adebayo to open the scoring after 35 minutes at Cobham Training Centre.

Williams netted for the 11th time in as many matches late on, coolly finishing a one-on-one set up by Mattias Kait, to complete the victory.

📖 Read how U23s fared in their final group game of the PL🏆 with a 2-0 win over AFC Wimbledon > https://t.co/EX3ZaoAu3r pic.twitter.com/FtZrQ5zAlb

The Cottagers progress to the last 16 as group leaders. AFC Wimbledon have one match to play but will finish bottom as they are six points behind third-placed Charlton Athletic, who will qualify at Middlesbrough's expense should they beat The Dons on Sunday 12 March.