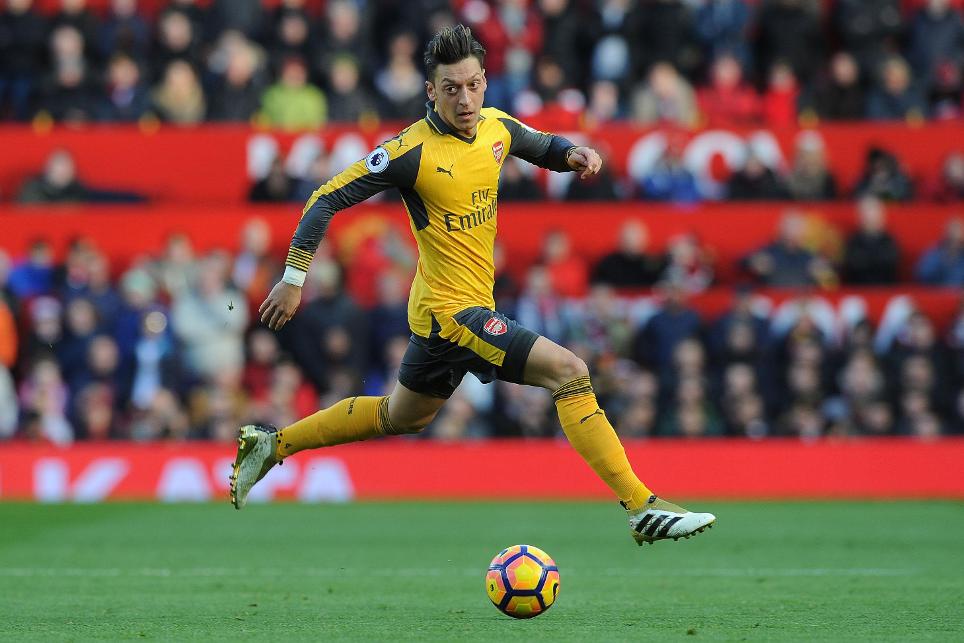 Adrian Clarke on how Arsenal star can have greater impact away to top-six sides, starting at Liverpool on Saturday

Team news: Who's back to face Liverpool? External Link

What can we expect from Liverpool? External Link

Arsenal have picked up only five points from matches against this season’s top six, the lowest of anyone involved in the “mini league” at the table’s summit.

Ahead of their trip to Liverpool, Adrian Clarke looks at how Arsene Wenger might consider tweaking his approach to improve their record.

Searching for a formula that suits Ozil

The facts are there for all to see.

Over the last four campaigns Arsenal have won only two matches away from home against their main rivals, Chelsea, Manchester United, Manchester City, Tottenham Hotspur and Liverpool.

During that period Wenger’s record against his rivals reads: W2 D5 L11.

To reverse this trend, it feels like a change in strategy is necessary.

There are a number of issues to work on throughout the side, but unearthing a formula that extracts more from Mesut Ozil in such matches, would help.

The 28-year-old has been excellent at Emirates Stadium against the top clubs, delivering a series of telling contributions over the last 18 months.

On the road, it has been a different story as the German has yet to be part of a winning Arsenal side away from home against the rest of the “Big Six”.

This season has been another struggle.

Over 270 minutes at Man Utd, Man City and Chelsea, Ozil mustered only four touches inside the opposition penalty box, producing one shot, no goals, no assists, and only three key passes.

That physicality seems to affect their control of possession. This has meant the passes Ozil thrives on have not been played early enough or with the right levels of accuracy.

Frustrated by this, and the lack of space afforded to him by well-drilled teams, Ozil tends to drop deeper than usual to get involved, thus minimizing his own creative output.

The German could push himself harder, but he is not work-shy.

Statistically he runs just as far and makes as many sprints in these matches as throughout the course of a season.

But to get into the most dangerous parts of the pitch, more aggression and dynamism in his running would help.

Since the start of 2015/16, Ozil averages 20 fewer touches per match at Arsenal’s main rivals, and has lost more than two-thirds of his 50-50 duels.

If Ozil, as expected, recovers from an illness it may be worth Wenger experimenting with a formation that features a central midfield trio at Anfield.

In a side loaded with attack-minded players, Arsenal’s midfield pairing has on occasion been overpowered by top-class opponents within the regular 4-2-3-1.

When moves break down and Arsenal’s full-backs are caught ahead of the ball, this has put an obvious strain on the last line of defence, and quality teams have made the Gunners pay.

The presence of an extra midfielder behind the ball may shrink the room Liverpool’s forwards have when those turnovers occur.

In possession, from a stronger three-man central base, there might also be a better platform to supply the Arsenal forwards with the type of service they need.

Potential line-ups with and without Ozil

He often produces his best work from the flanks anyway.

Coping with the press

Liverpool’s high-octane pressing has caused Arsenal a host of problems in recent encounters.

Determined to play their normal passing game, Arsenal have been consistently forced into making loose passes inside their middle and defensive thirds.

Liverpool were lethal at punishing Wenger’s men from quickly sprung transitions in a 5-1 success in 2013/14.

On their next two trips to Anfield, their pass accuracies inside Liverpool’s half were a low 61.8% and 61.6% respectively.

On the opening day of this season it was not much better at Emirates Stadium, with Arsenal ending a 4-3 loss with a below-par 70.2% pass accuracy inside the opposition half.

When Jurgen Klopp’s side wins the ball from turnovers, especially against sides like Arsenal who are keen to commit bodies forward, they are at their most dangerous.

Maybe this is why they remain unbeaten against teams in the top six.

Pass acc. in Liverpool half in 4-3 loss

It is imperative Arsenal take more care with their distribution on Saturday, playing sharp one and two-touch football through the lines.

To miss out the mid-pitch press, they may even try to play a more direct brand of football.

Although it is not their natural style they did attempt this tactic for periods of the match at Anfield last season when 16.1% of their passes were long.

It worked to some degree, with three goals scored, two from target man Olivier Giroud.

It was only individual lapses in concentration that cost them three points that day.

Conceding possession to Liverpool appears the best way to beat them.

With this in mind it will be interesting to see if Wenger names a starting XI designed to soak up pressure, and hit Liverpool on the break.

Sacrificing the ball limits the number of times you can be caught out by Liverpool’s press and their central defenders have looked uncomfortable when players have ran towards, or beyond them, at speed this term.

By dropping off and condensing space between the lines, the likes of Sadio Mane, Philippe Coutinho, Roberto Firmino and Adam Lallana have also looked far less menacing.

Klopp’s side, stung by a disappointing defeat to Leicester City on Monday, are sure to set their stall out to press Arsenal with ferocity on Saturday.

It is a policy that has borne fruit for them before.

This should not surprise Arsenal, who would be wise to adapt their own game to cope.

They have not experienced a shutout since drawing 0-0 with Leicester City in August, immediately after the Liverpool defeat.

So the key to success for them at Anfield will be keeping the door shut at the other end.

Provided that they have learned from past mistakes, and execute a game plan tailored to negate Liverpool’s strengths and exploit their weaknesses, there is no reason why a morale-boosting win, at one of their main rivals, cannot be theirs.