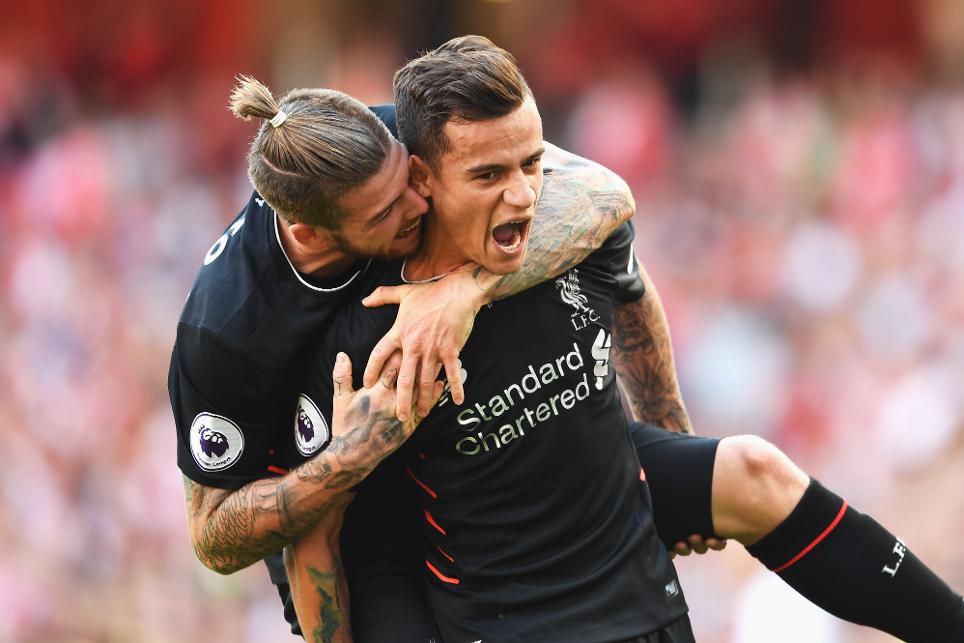 Joe Gomez: I've got to keep building on my fitness External Link
Explosive Vardy can be FPL game-changer
Menacing Mawson can build on form

A lively display from Philippe Coutinho (£8.2m) in Monday’s 3-1 loss at Leicester City, coupled with four home matches over the next five, promises to revitalise the Brazilian's Fantasy Premier League prospects.

Having failed to earn attacking returns in seven successive Gameweeks, Coutinho's goal at the King Power Stadium hints at a return to the form that had established him as the go-to Liverpool option for FPL managers this season.

Five goals and six assists in the first 11 Gameweeks led to a price rise from £8.0m to £8.8m before an ankle injury against Sunderland in Gameweek 13 triggered a mass exodus.

Now back in the goals and FPL points, Coutinho’s improved display against Leicester coincides with a run of four home matches in the next five for Liverpool, starting with a Gameweek 27 visit from Arsenal.

When assessed against his team-mates, Coutinho’s numbers over the last four Gameweeks suggest he could re-emerge as the team's likeliest source of points.

His 14 attempts on goal since Gameweek 23 is joint-top for FPL midfielders, along with Swansea City’s Gylfi Sigurdsson (£7.6m), and twice the number of the next team-mates, Roberto Firmino (£8.4m) and Sadio Mane (£9.4m).

Coutinho also leads for shots inside the opposition box (seven) and is joint-top with the popular Mane for shots on target, with five.

In terms of creativity, he also excels, with eight key passes ranked top for Liverpool.

Crucially, Liverpool are one of only eight sides guaranteed a fixture in Gameweek 28, when they welcome Burnley to Anfield.

Indeed, with seven of their final eight matches of 2016/17 scoring two or less in the Fixture Difficulty Rankings (FDR), Coutinho has the platform to mirror an impressive start to the season and play his way back into the plans of FPL managers.

Having punished Arsenal with a brace and 15-point return at Emirates Stadium on the opening weekend, the omens are good for another major contribution from Coutinho in Gameweek 27.