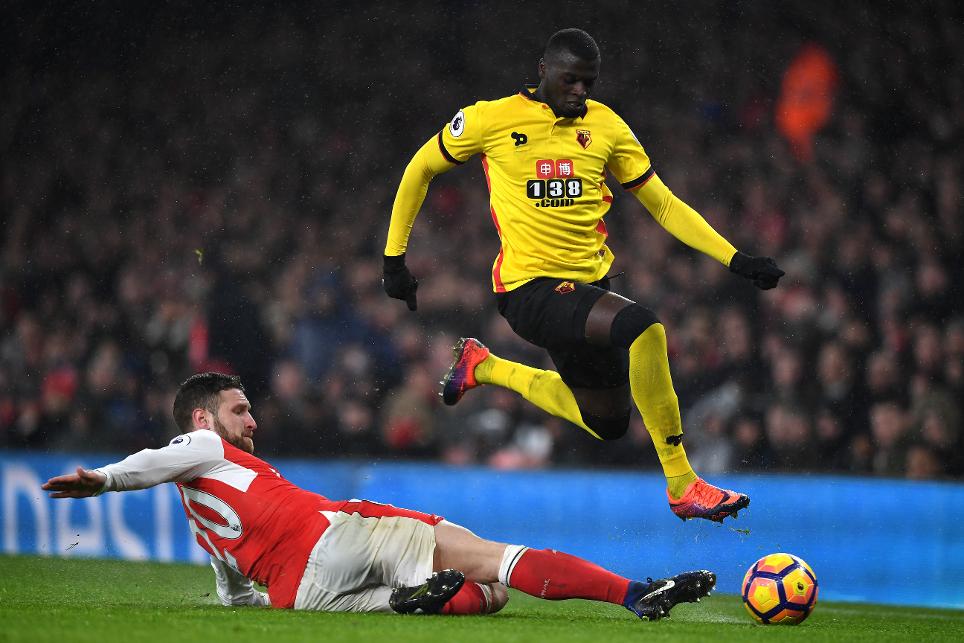 After impressing on debut in a Gameweek 23 victory at Arsenal, Niang grabbed FPL attention on his first home appearance the next weekend.

Handed a central-support role behind Troy Deeney (£6.7m) for the visit of Burnley, the versatile attacker steered the hosts to a 2-1 victory with a goal and assist.

Although he did not build on that momentum in the Gameweek 25 defeat at Manchester United, the 0.7%-owned forward looks set to challenge Deeney as a route into Walter Mazzarri’s attack.

Watford are about to embark on a stretch of fixtures that could define both their season and the fortunes of FPL managers.

Their Gameweek 26 hosting of West Ham United begins a run of four Vicarage Road encounters in the next six rounds of matches.

Meanwhile, the Gameweek 28 trip to Chelsea has been postponed to a later date to confirmed, after the Blues’ progress in the FA Cup.

Having scored twice in three of their last four matches, Watford’s goal threat is on the rise ahead of facing a West Ham side with just one clean sheet on the road all season.

When assessed against team-mates over the last three Gameweeks, Niang has clearly become a major weapon in Watford's improved armoury.

His six shots on goal better Deeney's five and he has created more chances, too (three to two).

Niang’s ability to bewilder opponents has added an extra dimension to his side’s play. His total of 20 dribbles is more than any Watford player.

That attacking menace is set to be on show against West Ham in Gameweek 26, and FPL managers would be wise to monitor Niang's progress.