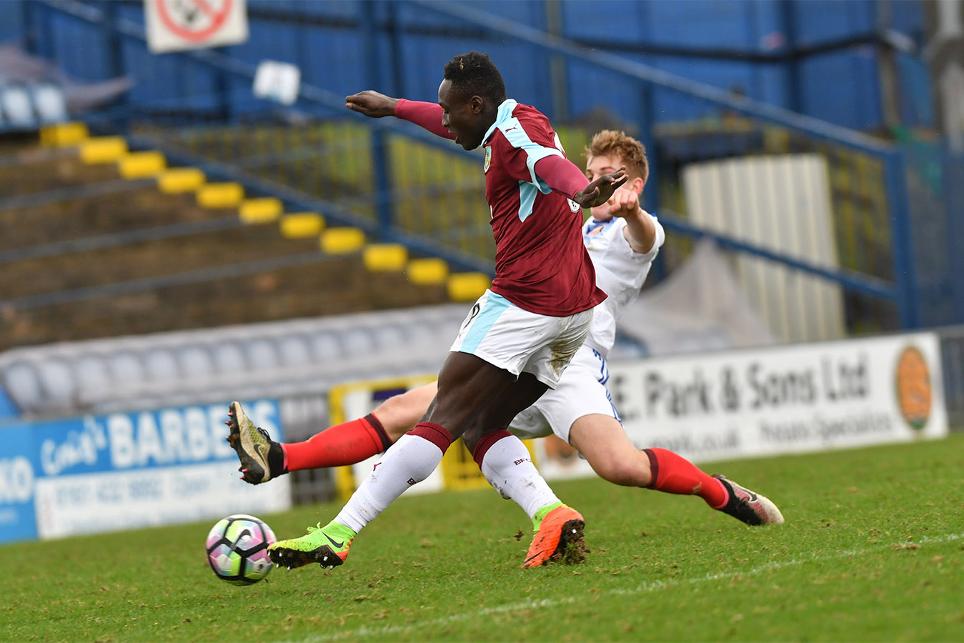 Jolley Delighted To Go Out With A Bang External Link

Daniel Agyei (pictured above) scored twice as Burnley signed off their debut Premier League Cup campaign with a 5-3 victory over Sunderland at Stockport County’s Edgeley Park.

The striker opened the scoring for Burnley with a superb solo effort on 23 minutes, but Rees Greenwood and Maja put the Black Cats 2-1 up.

Quickfire goals from Agyei and Jimmy Dunne at the end of the first half restored the Clarets’ advantage.

Arlen Birch struck with an audacious scorpion kick soon after half-time, a trialist made it 5-2 before Maja scored a consolation with a late penalty.

The result means Burnley finish the campaign on seven points, unable to qualify despite being behind second-placed Blackburn Rovers on goal difference, while Sunderland remain one point ahead in top spot.

Sunderland’s last group match is against Blackburn on Thursday 2 March.