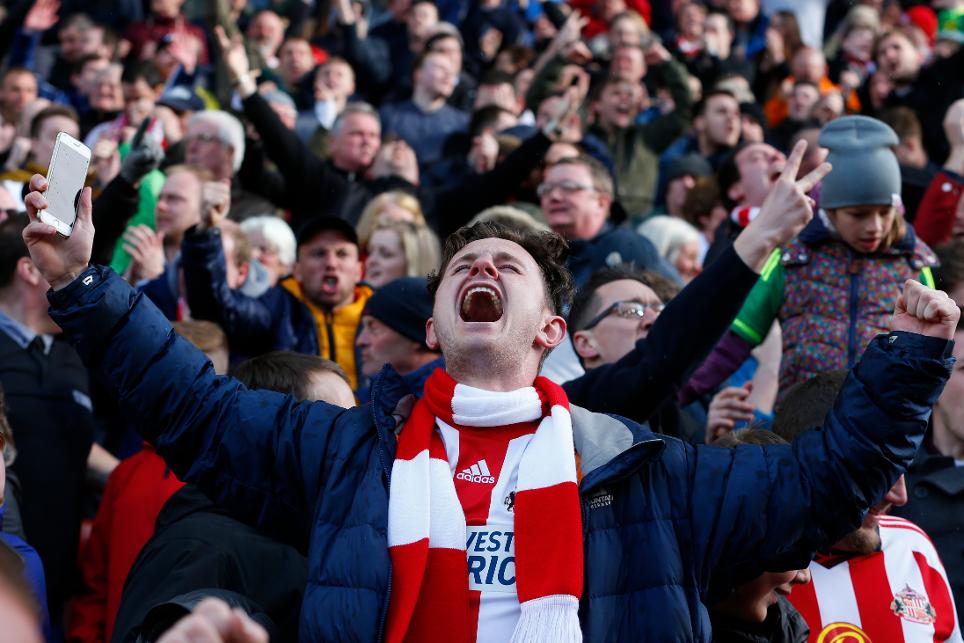 Jermain Defoe helps make Black Cats supporters the best in FPL, but where do your team's fans rank?

If you told Sunderland fans they were top of the table, they would say you were talking fantasy, and they'd be right.

For in Fantasy Premier League, Sunderland supporters score the most points on average compared with fans of all their Premier League rivals.

Most FPL managers state their club affiliation when registering their teams and the 18,213 members of the Sunderland fans’ league have averaged 1,157.9 points after Gameweek 25.

That places Chris in 18th in the overall rankings, with Sunderland top scorer Jermain Defoe (£7.8m) unsurprisingly featuring in his three-man front line.

Defoe's performances are perhaps one reason why the Sunderland fans are doing so well. More than half (57.8%) of their managers in their league have the striker in their teams, compared with 28.7% in the game overall.

For Middlesbrough supporters, Arsenal’s Alexis Sanchez (£11.8m) is their most popular pick. The top-scoring player in FPL resides in 36.7% of Boro supporters’ squads, similar to his 34.6% overall ownership.

As the table below shows, no other player in all 20 fans’ leagues is as highly owned as Lukaku.

In the red half of Merseyside, the Liverpool fan league is 13th. It boasts 559,222 supporters, a number only the Manchester United league, with 909,851, can exceed.

Whereas the Man Utd league is third-bottom of the fans’ table with an average of 1,109.8 points, the Liverpool league's average is boosted by having the best FPL manager at the moment.

Knut Hebaek leads more than five million managers with 1,643 points, 34 ahead of his nearest rival.

Indeed, the Tottenham Hotspur right-back is the most popular asset in seven of the supporters’ 20 leagues, but surprisingly not in the league of his own club's fans.

Spurs supporters have put their faith most heavily in Harry Kane (£11.2m), with a 45.5% ownership in their league far exceeding his 19.1% overall ownership.