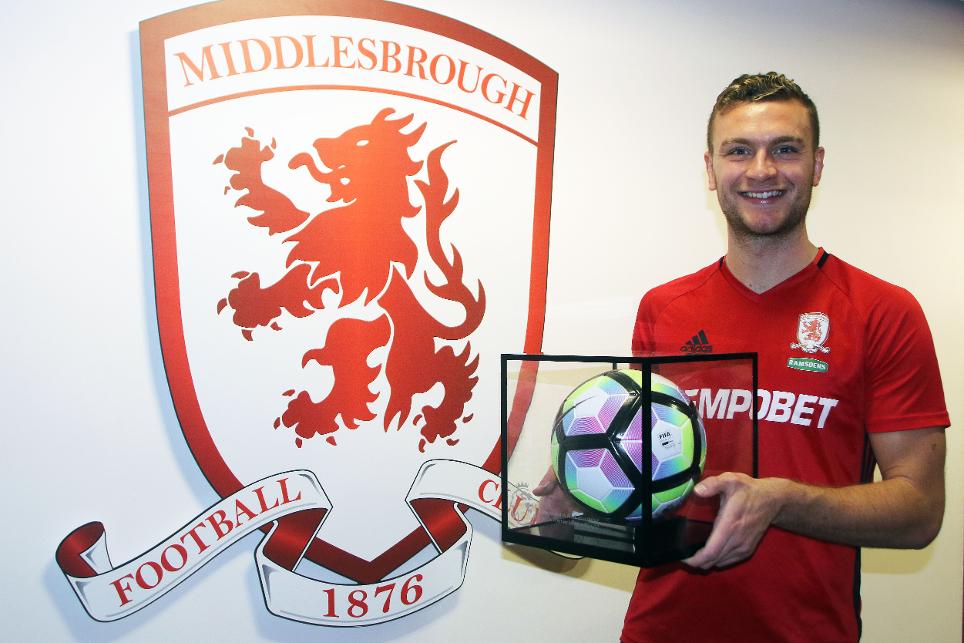 "It means everything to play for this club. It's what every young lad in Middlesbrough dreams of."

Receiving a Premier League Debut Football for when he led out Boro on their return to the top flight this season, his first taste of the competition, Ben Gibson was bursting with pride.

Speaking about accolade, which has been given to every homegrown PL debutant since 2015/16, the Boro captain said: "It's pride and place in my Mum's house. She'll be very proud!"

To see the centre-back talk about his first Premier League campaign, as well as the thoughts of retiring academy manager Dave Parnaby and another debutant in Adam Clayton, click below.