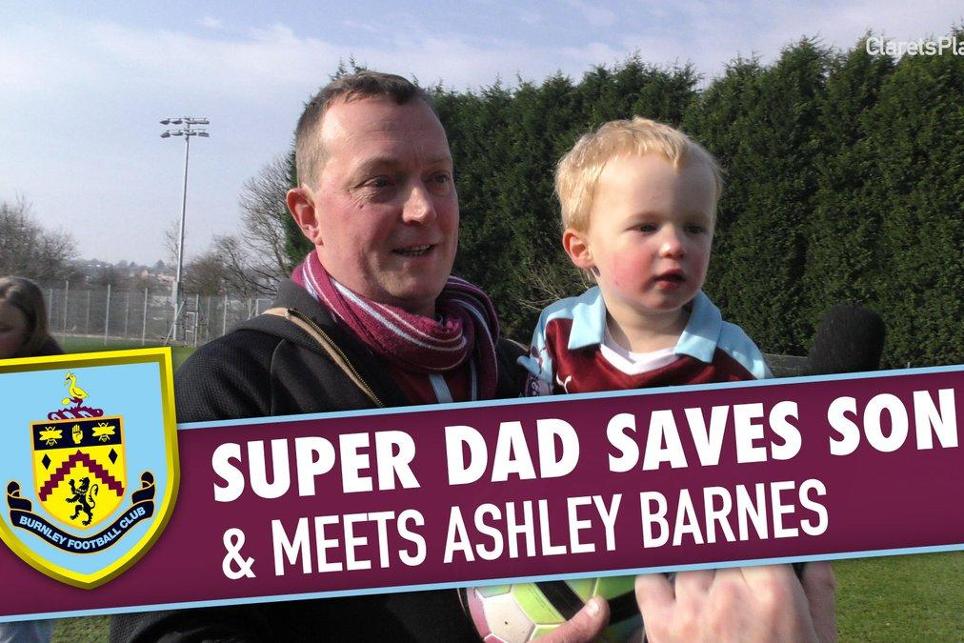 After Adam Haworth saved son from being hit by Ashley Barnes shot, he plays down heroics on visit to club

Brady: First Burnley goal one of my best External Link

When Ashley Barnes' wayward shot for Burnley against Chelsea on Sunday hurtled towards young Adam Haworth in the stands, in stepped his father, also Adam, to save the day.

The moment "Super Dad" batted away Barnes' shot before it hit his son was caught on camera and earned a lot of love on social media, with many calling Adam senior a hero.

But the dad played down his actions as Burnley invited the Haworths to their training ground to meet Barnes as well as manager Sean Dyche.