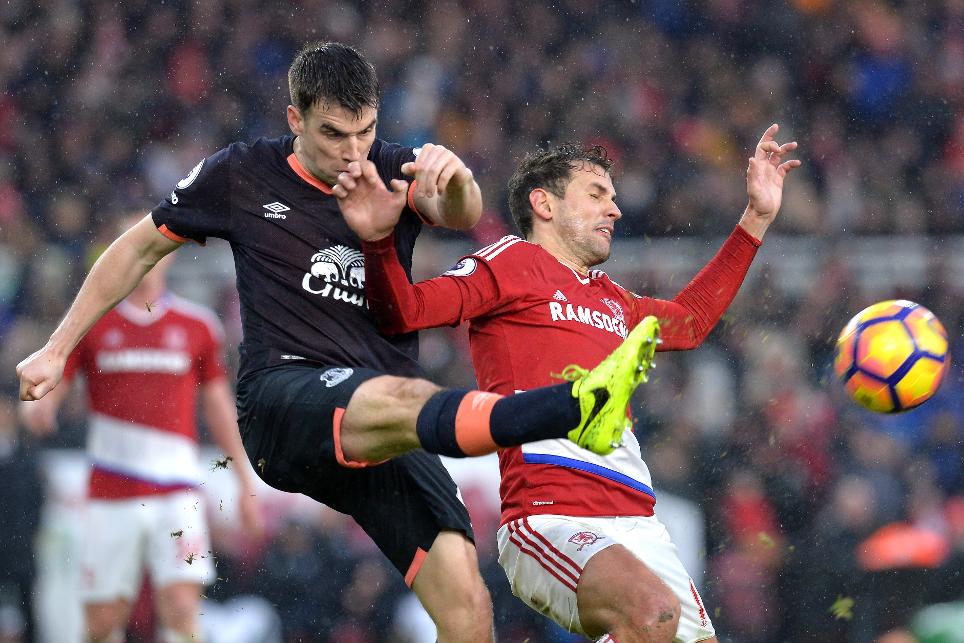 Bernardo produced 11 clearances, blocks and interceptions (CBI) and eight recoveries to help his side to an eighth clean sheet of the campaign. He also completed 92% of 77 attempted passes.

He has now earned eight bonus points from his last five Gameweek starts.

Calum Chambers (£4.4m) and Everton’s Seamus Coleman (£5.8m) were both awarded a single bonus point, via scores of 30 in the BPS.

Chambers contributed six recoveries and a trio of successful tackles, while also providing a scoring chance for Aitor Karanka’s men.

Coleman won two tackles and contributed seven recoveries and as many CBI. The Toffees defender also completed 94% of 37 passes, producing one key pass.

But Coleman’s BPS score suffered as he was tackled twice and also committed two fouls.

Everton’s January signing Ademola Lookman (£5.4m) was ranked top of the ICT Index with a haul of 9.6.

Registering a Threat score of 86, the midfielder's total of four attempts on goal was more than any player in Saturday’s contest, with three arriving from inside the box and two on target.

Cristhian Stuani (£4.7m) boasted Boro’s main goal threat, firing three shots from inside the Toffees penalty area before being replaced midway through the second half.

Transferred in by more than 93,000 FPL managers prior to the weekend, Coleman has produced a goal, assist or clean sheet in seven of the last eight Gameweeks.

He has again emerged as the top target among defenders ahead of the next Gameweek, earning more than 15,000 new owners since the weekend deadline.

One of only six sides with a guaranteed fixture in Gameweek 28, the Toffees’ schedule suggests that investment in their key assets could continue to pay off.

With six goals in as many Gameweeks, Romelu Lukaku (£9.9m) has already increased in price since the weekend, with 40,000+ FPL managers making their move.

Lookman, meanwhile, has started back-to-back Gameweeks and could benefit from a run of matches should Kevin Mirallas (£6.1m) remain sidelined with a groin problem.

Middlesbrough also face a promising run of opponents, with six of their next seven scoring no more than two in the Fixture Difficulty Rankings (FDR).

But with only 19 goals scored this season, Aitor Karanka’s team have failed to impress in attack.

This leaves defensive regulars such as Ben Gibson (£4.9m) and Chambers as the likeliest source of points – only three teams (Chelsea, Tottenham Hotspur and Manchester United) have conceded fewer than Boro’s 27 goals against.

Potential investors should take note, however, that Middlesbrough's Gameweek 28 home encounter with Sunderland would be subject to rescheduling should they progress to the last eight of the FA Cup.