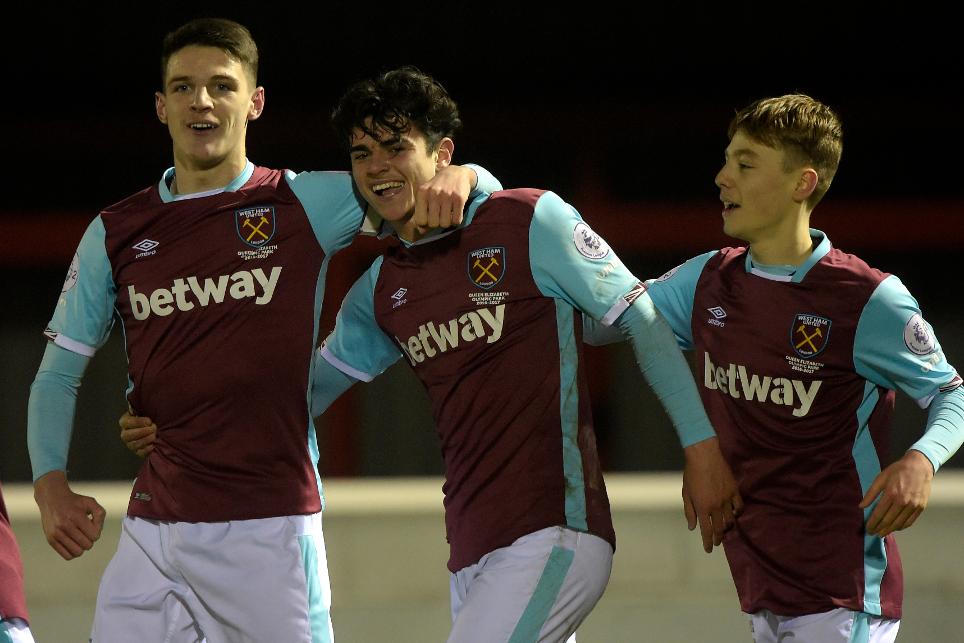 Joe Powell's double and Nathan Holland's strike secured West Ham United a place in the round of 16 with a 3-0 win over Nottingham Forest at Dagenham & Redbridge.

Powell struck twice in a seven-minute spell in the closing stages of the first half before former Everton midfielder Holland, who joined the club in January, wrapped things up in the final minute.

West Ham now have 10 points, two behind leaders Brighton & Hove Albion, who also qualified with a 2-0 win over Leicester City. Forest are third.

" We're through in style tonight."

Brighton and West Ham will contest top spot in the final Group E match at the Seagulls' training centre on Monday 27 February. Forest entertain Leicester at Alfreton in a battle for third on Friday 24 February.