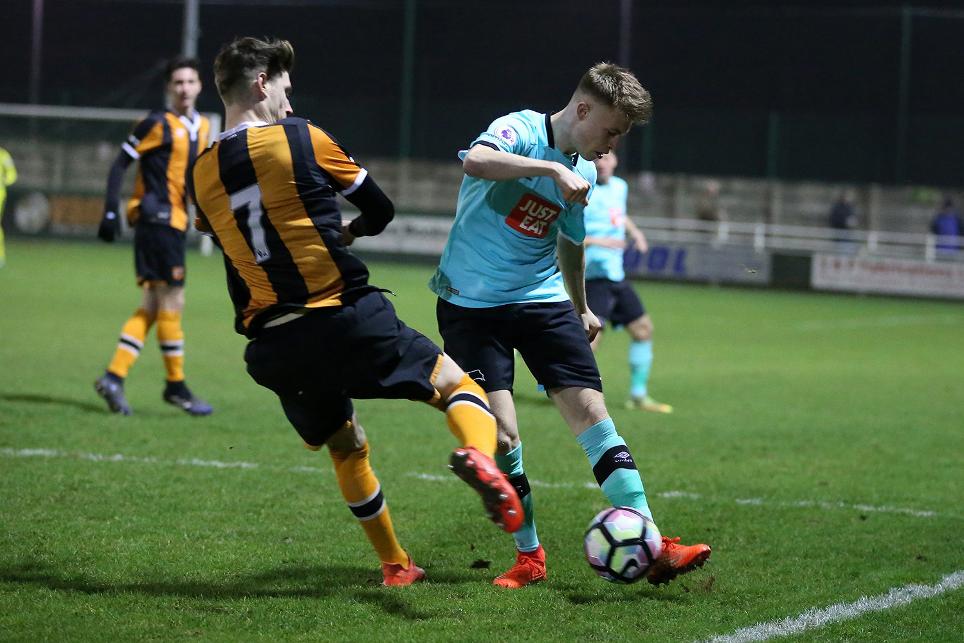 Emil Riis Jakobsen's third goal in four matches had given the Rams the lead, but Bowen equalised just before half-time.

Bowen went on to score shortly after the interval and in the 75th minute before Greg Olley netted a long-range fourth in stoppage time.

The result leaves the Tigers on nine points from four matches, two points ahead of Colchester United.

Both sides have a match in hand on third-placed Manchester City, who have six points, and Derby, who are two points further back.

REPORT: Read our account of how #DCFCU23s' unbeaten run came to an end with a harsh defeat at @HullCity: https://t.co/f56WjtJqll 📝 pic.twitter.com/qNx3udaDbI

They also both play their next group matches on Monday 27 February, with Hull taking on Manchester City at Grange Lane and Derby facing Colchester United at St George's Park.

In the meantime, Derby are in Premier League 2 action on Sunday when they meet Liverpool at Prenton Park.