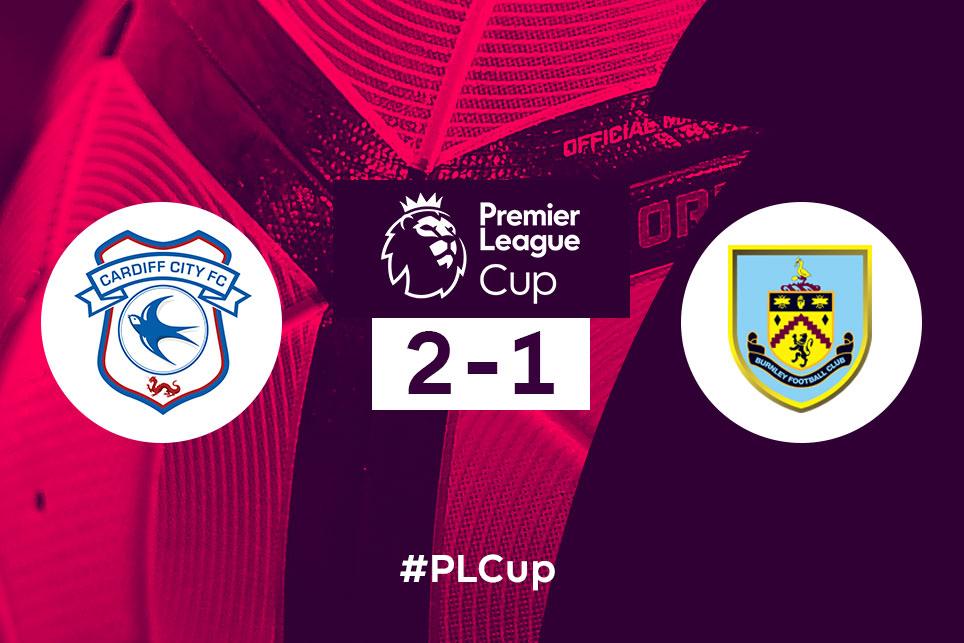 Cardiff City moved off the bottom of Group B at the expense of Burnley after a comeback 2-1 victory over the Clarets.

After Tommy Wood drilled in a fifth-minute opener for Burnley from close range, Jamie Veale levelled for the hosts with a penalty.

James Waite scored the winner on 76 minutes, meaning Cardiff move one point above Burnley in third position, two points adrift of second-placed Blackburn Rovers, who have a match in hand.

Cardiff must win their final Group B match at Blackburn on 27 February and hope their opponents lose to Sunderland three days later in order to progress. Burnley, who now cannot reach the last 16, host Sunderland in their last fixture.