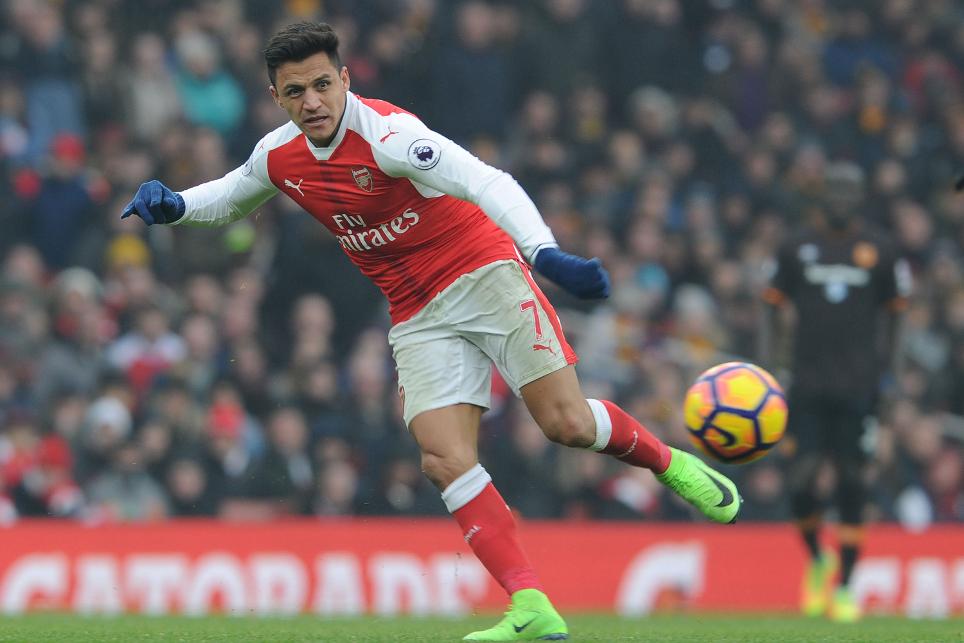 Stick or twist? FPL managers ponder game's highest-scoring player, who may have only one fixture in next three Gameweeks

A goal in each half earned Alexis Sanchez (£11.8m) maximum Fantasy Premier League bonus points for the sixth time this season as Arsenal beat Hull City.

Along with his brace, Sanchez completed four dribbles and laid on a "big chance" for Mesut Ozil (£9.5m) to record 41 in the Bonus Points System (BPS).

Laurent Koscielny (£6.3m) earned a BPS tally of 37, with the defender collecting two bonus points as the Gunners earned an eighth clean sheet of the campaign.

The Frenchman contributed 11 clearances, blocks and interceptions (CBI), six recoveries and won three tackles, while also completing 92% of his passes. He has now collected eight bonus points in his last five Gameweeks.

Sanchez, who again started in the central-striker role, recorded an impressive 25.2 in the ICT Index – the highest tally of Gameweek 25 ahead of Monday night's final match.

A Threat score of 134, generated by six attempts from inside the box, was the biggest factor in his Index haul, although he also ranked second for Creativity in Saturday's match, with 37.

The Hull winger registered Creativity and Threat totals of 30 and 25 respectively, having supplied three successful crosses and an effort from inside the box.

Having returned a goal or an assist in 11 of 13 Gameweeks, the Chilean now sits on 183 points, more than 30 clear of his nearest challengers.

But with Arsenal's Gameweek 26 fixture postponed due to Southampton's participation in the EFL Cup final - and the possibility of another in Gameweek 28 should the Gunners progress to the FA Cup quarter-finals - his owners now have a selection headache.

Sanchez has been sold by 22,000+ FPL managers with his next fixture a testing Gameweek 27 visit to Liverpool.

After reclaiming the striker's role and assigned spot-kick duties with Olivier Giroud (£8.4m) out of the side, Sanchez seems certain to be targeted for a return to those squads, and many more, from Gameweek 29 onwards.

Lively on the counter-attack, the trio impressed as the Tigers registered seven efforts from inside the Arsenal penalty area.

FPL managers should now be on alert to the potential on offer within Marco Silva's side - one of only six Premier League teams with a guaranteed fixture in Gameweek 28.

The Tigers are also treated to a pair of tempting match-ups in the short-term, entertaining Burnley and travelling to Leicester City over the next two Gameweeks.