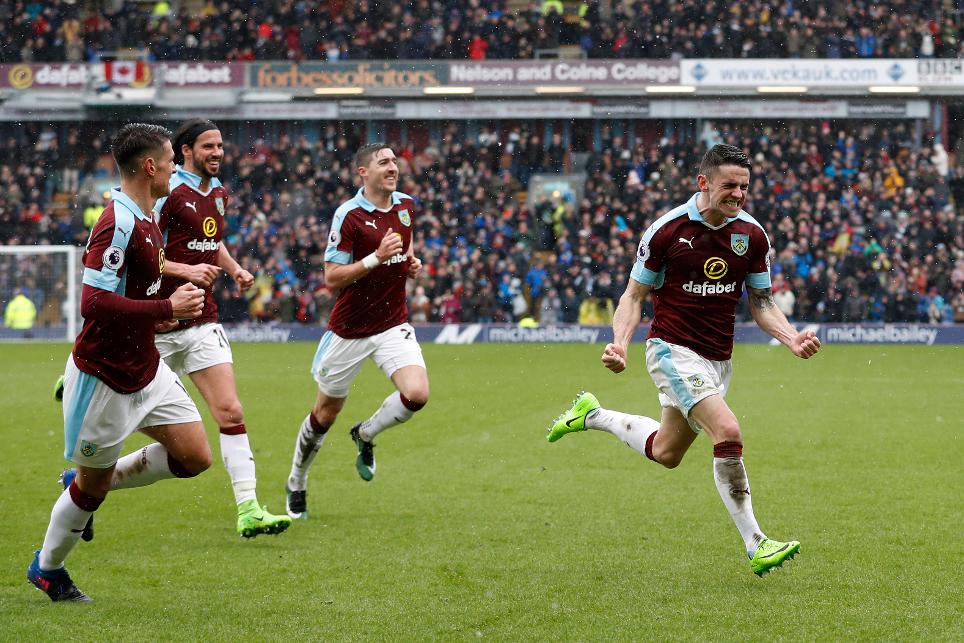 A superb free-kick from Robbie Brady on his home debut for Burnley gave the Clarets a deserved 1-1 draw against league leaders Chelsea.

The visitors had the perfect start to the contest, with Pedro collecting a Victor Moses centre and slotting the ball past Tom Heaton in the seventh minute.

Robbie Brady: "I'm just glad it went in because I didn't have the best of games!" ⚽️🙌 pic.twitter.com/mx8WDNLAeP

But Burnley drew level on 24 minutes as Brady's left-footed free kick found the top corner, and they had chances to grab the lead but Thibaut Courtois saved well from both Matthew Lowton and Andre Gray.

The result extends Chelsea's unbeaten run to five matches and they are now 10 points clear at the top of the table while Burnley remain in 12th, on the same number of points as Southampton and Watford.