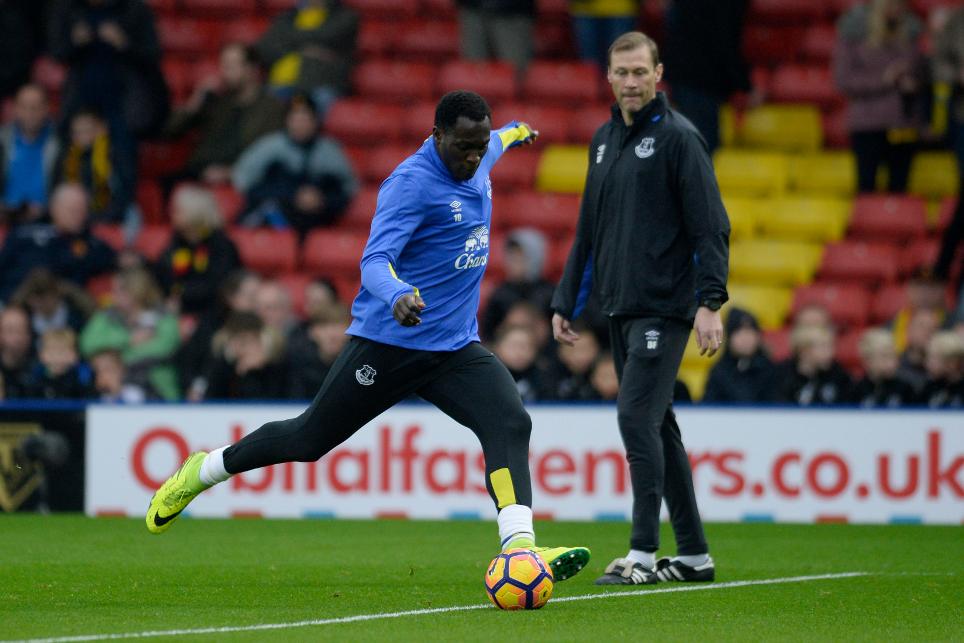 As striker closes in on Duncan Ferguson's Toffees total, we look at which players are close to Premier League records

Rom: How Boss Has Helped Me External Link

A four-goal haul against AFC Bournemouth on Saturday took the 23-year-old's tally to 59, one fewer than the 60 scored by Ferguson, who helps the Belgian on his attacking instincts as a coach at Goodison Park.

So, which other Premier League players are close to overtaking their clubs' record goalscorer? We took a closer look.

Lukaku is the closest to a club record but James Morrison, at West Bromwich Albion, is not far behind.

The midfielder's winner against Stoke City on Saturday took him to within two goals of equalling the 33 scored by Peter Odemwingie in the Premier League.

Similarly, Ashley Barnes's penalty against Watford at the weekend put him two goals away from matching Danny Ings as the Clarets' leading PL scorer.

At Stoke City, if Peter Crouch's recent run of form in front of goal continues he could draw level with team-mate Jonathan Walters as the club's leading scorer.

If Abel Hernandez improves his goal-per-match ratio, Nikica Jelavic's record of 12 scored for Hull City is under threat. Hernandez is on seven goals at present, three scored this season.

Looking further ahead, the next significant record in danger is that of Teddy Sheringham at Tottenham Hotspur. Harry Kane is 34 away from Sheringham's record of 97 goals and it his present scoring rate could exceed that mark towards end of the 2017/18 season.

*currently playing at the club