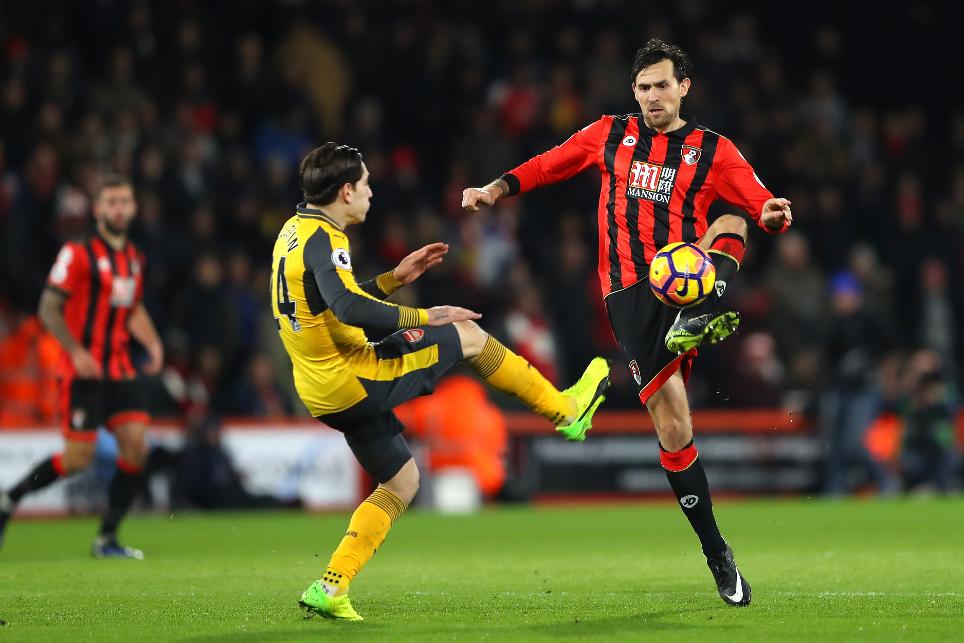 Fantasy Premier League defences have been depleted by a number of key injuries ahead of the Gameweek 24 fixtures.

Having been forced off in the midweek stalemate at Sunderland, missing out on four clean sheet points, Tottenham Hotspur's Danny Rose (£6.1m) will now be sidelined for Saturday's home meeting with Middlesbrough.

Suffering a further knock to the knee injury that saw him miss the recent FA Cup win over Wycombe Wanderers, the 8.8% owned Rose will see a specialist on Monday.

He was absent from the Cherries' home defeat to Crystal Palace on Tuesday and, like Rose, will sit out Gameweek 24 due to a hamstring problem.

Manchester United's Phil Jones (£5.0m) is also ruled out of weekend action and is unavailable for the trip to Leicester City.

The centre-back was forced off on 54 minutes against Hull City on Wednesday with a foot problem, missing out on United's clean sheet in the 0-0 draw.

Jones has enjoyed a steady rise in ownership this season - by Gameweek 23 he was part of more than 186,000 FPL squads.

West Bromwich Albion's Jonny Evans (£4.4m) remains on the sidelines ahead of a Hawthorns meeting with Stoke City.

Elsewhere, the aforementioned Olivier Giroud (£8.6m) will undergo a fitness test on his ankle problem ahead of Arsenal's visit to Stamford Bridge.

The Gunners will also assess Alex Oxlade-Chamberlain (£5.8m), while Aaron Ramsey (£7.6m) has been ruled out.

Chelsea have no new injury concerns ahead of Gameweek 24's early kick-off.

Manchester City's Gabriel Jesus (£9.1m) has been the week's hot property following his performance and 11-point return in the 4-0 win at West Ham United.

While he is likely to be retained in the City starting line-up for the Etihad Stadium meeting with Swansea City, manager Pep Guardiola has suggested that he could partner a recalled Sergio Aguero (£12.8m).

The Argentinian was limited to an 18-minute cameo from the bench at the London Stadium but could return to lead the attack, with Jesus perhaps stationed on the left flank.

Liverpool's Sadio Mane (£9.0m) is another key FPL asset set for a recall.

Limited to just 16 minutes from the bench in Tuesday's 1-1 draw with Chelsea, the Senegalese may line up as part of Jurgen Klopp's front three at Hull City.

Owned by 8.7% and subject to over 37,000 acquisitions ahead of tomorrow's deadline, Mane has scored in three of his last four away trips for the Reds.