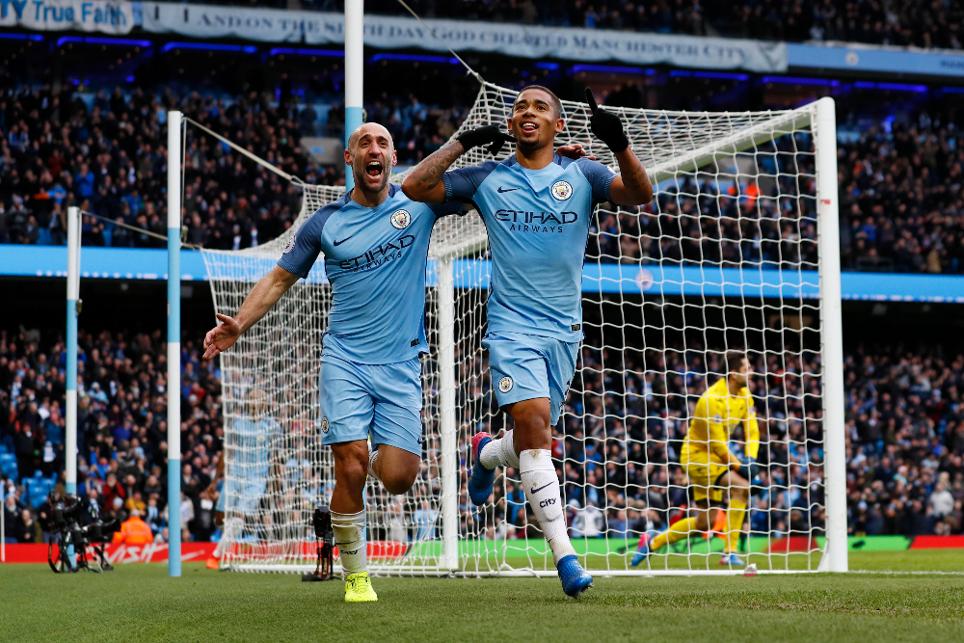 Gabriel Jesus scored a stoppage-time winner as Manchester City fought off a Swansea City comeback to claim a 2-1 victory at the Etihad Stadium.

The Brazilian tapped in after his header from David Silva was parried by Lukasz Fabianski into his path.

But Man City were punished for not adding to their lead as Gylfi Sigurdsson's low strike from outside the penalty area beat Willy Caballero, before Jesus had the final say.

Pep Guardiola's Man City move up to third with victory, while Swansea remain out of the relegation zone.