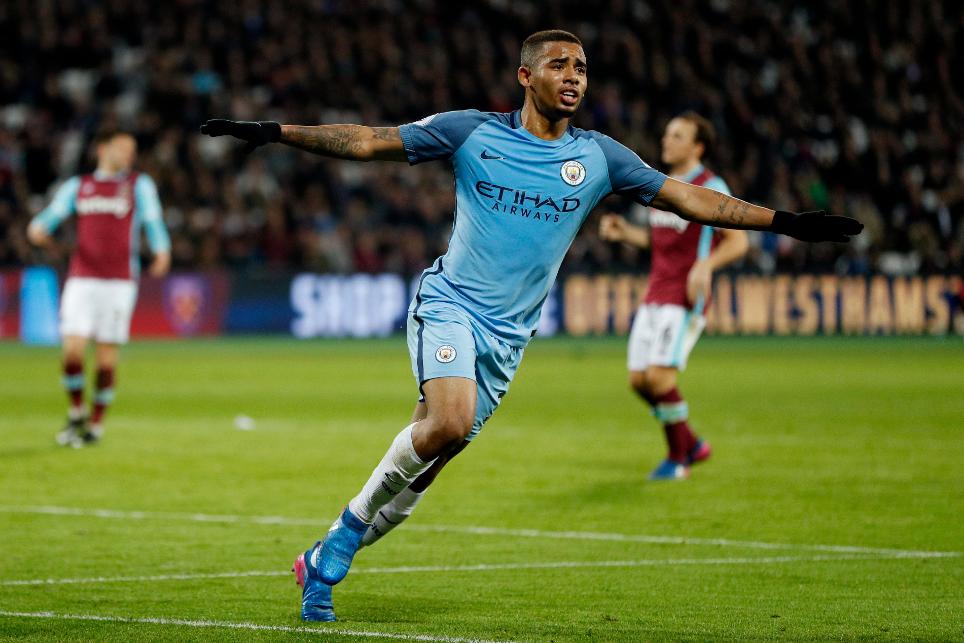 Gabriel Jesus scored his first goal in English football as Manchester City took advantage of their rivals dropping points with a 4-0 win away at West Ham United.

David Silva claimed the second goal as the visitors took advantage of slack defending by the hosts.

Yaya Toure added a fourth after the break, converting from the spot after Sterling was tripped by Hammers debutant Jose Fonte.

With Arsenal losing at home to Watford, Spurs drawing at Sunderland, Liverpool drawing with Chelsea and Manchester United being held 0-0 by Hull City, Man City's win closes the gap between themselves and the other teams in the top five.

Pep Guardiola's side remain in fifth place but they are only one point behind Tottenham Hotspur in second.