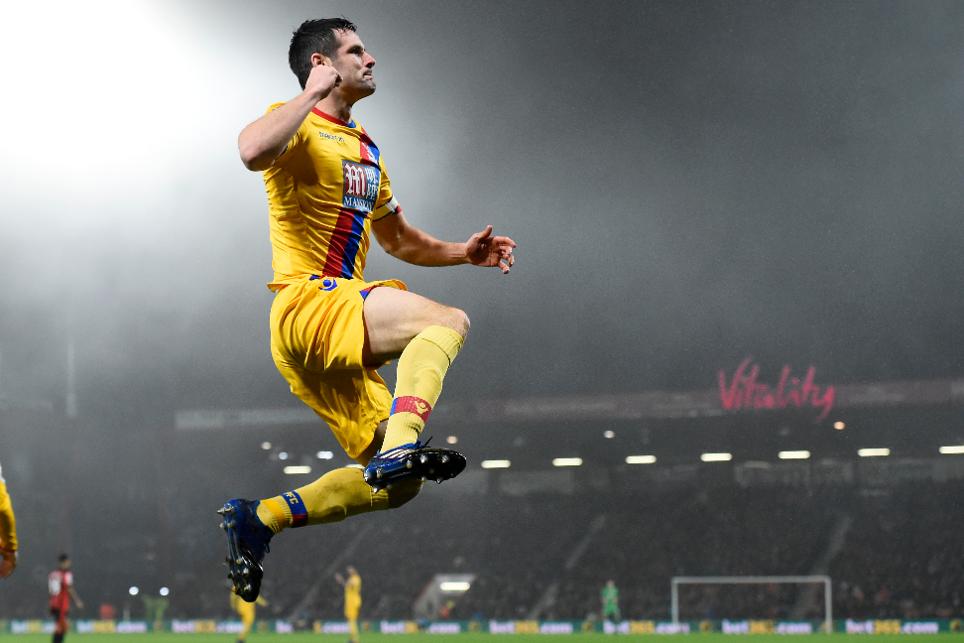 Delaney was awarded two bonus points for his assist, contributing seven CBI as the Eagles held on for only their second clean sheet of the season.

Palace goalkeeper Wayne Hennessey (£4.3m) was recognised in the BPS with a score of 24, a tally he shared with Tuesday night's other goalscorer, Christian Benteke (£7.3m).

Hennessey made two saves and seven recoveries to clinch a first shut-out since Gameweek 14 and a single bonus point.

Benteke also collected a bonus point, but missed out on a higher BPS total after committing three fouls and having been tackled on two occasions.

Dann's first goal since Gameweek 5 had been long overdue.

He has produced 18 goal attempts from inside the opposition's box this season, more than any other FPL defender.

Palace's next four opponents total just seven in the Fixture Difficulty Rankings (FDR), with bottom club Sunderland the next visitors to Selhurst Park.

The Eagles are, though, one of the teams facing the possibility of a postponement in Gameweek 28.

Their fixture could yet be rescheduled should their opponents, Tottenham Hotspur, reach the last eight of the FA Cup.

Elsewhere, Wilfried Zaha (£5.5m) returned from duty at the Africa Cup of Nations to boost the Palace attack and help Benteke to a first goal since Gameweek 15.

AFC Bournemouth disappointed in FPL terms, with their top-owned asset Charlie Daniels (£5.3m and 13.8%) missing from the matchday squad having sustained a knee problem in training.

Eddie Howe's defence has failed to claim a clean sheet since Nathan Ake's (£4.1m) return to Chelsea, with just a single shut-out in their last seven Gameweeks.