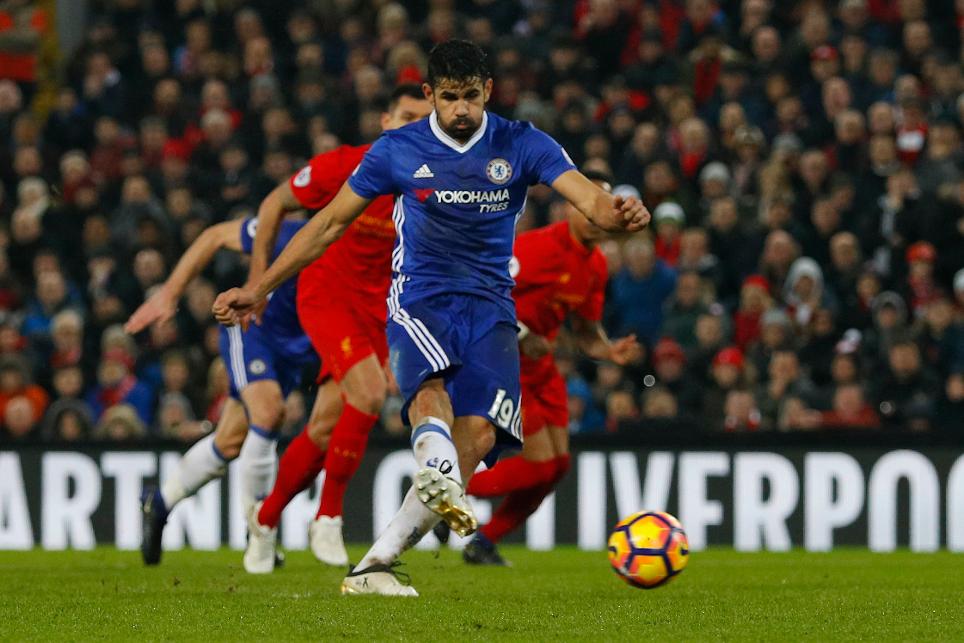 Gini: The manager told me to get into the box more External Link

Jurgen Klopp on Chelsea draw, the rest of the season and Sadio Mane External Link

Georginio Wijnaldum (£7.5m) got the maximum Fantasy Premier League bonus points in the 1-1 draw with Chelsea at Anfield.

The Liverpool midfielder scored 33 in the Bonus Points System (BPS) having provided the equaliser from James Milner's (£6.4m) assist, and completing 87% of 57 passes and contributing six recoveries.

David Luiz (£6.2m) scored 27 in the BPS to pick up bonus points for only the third time this season after his clever free-kick goal and 14 clearances, blocks and interceptions (CBI)..

That was the Liverpool goalkeeper's only recorded stop on the night, although he contributed eight recoveries.

Costa's penalty miss meant the striker ended the match with no points, much to the agony of the 352,000 (8.1% of owners) who had captained him.

Signed by over 105,000 heading into the Gameweek the Chelsea forward was the most popular FPL forward transfer target, and assumed spot-kick duties with Eden Hazard (£10.2m) off the pitch.

Hazard got the assist for the Luiz opener, having been fouled for the free-kick.

It was his third assist in his last five Gameweeks, but managers will be concerned by the fact he has just one goal in eight starts and has been substituted on 70 minutes in each of his last three outings.

For Liverpool, managers will be pleased to see Sadio Mane (£9.0m) return from the Africa Cup of Nations, if only to be introduced from the bench.

Milner owners have been rewarded with back-to-back assists, and three in his last six Gameweeks.

Adam Lallana (£7.5m) is without a goal or an assist in four appearances, with just one of each in seven Gameweeks.

He was the most sold asset heading into Tuesday’s deadline, shown the door by over 210,000 FPL managers.

Lallana is second only to Arsenal's Olivier Giroud (£8.7m) for FPL sales as we head towards Liverpool's Gameweek 24 trip to Hull City.