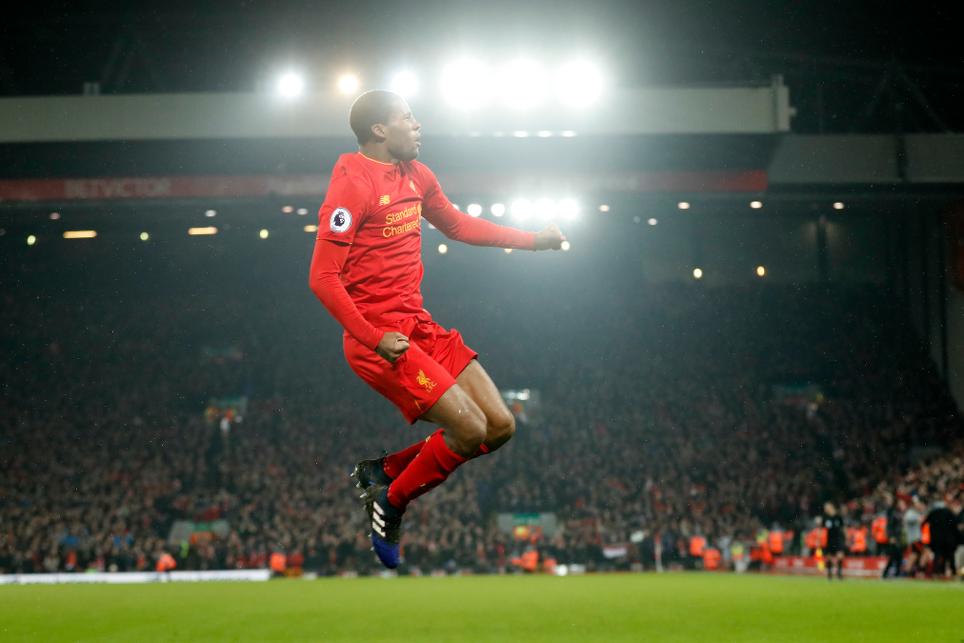 Georginio Wijnaldum's header earned Liverpool a 1-1 draw against Chelsea and denied the visitors the chance of an 11-point lead at the top of the Premier League.

Roberto Firmino missed an opportunity immediately after the break following a kind ricochet in the Chelsea defence, but Jurgen Klopp's side drew level moments later.

A diagonal Jordan Henderson ball was headed back across goal by James Milner and Wijnaldum nodded past Thibaut Courtois.

Chelsea could have taken all three points and stretched their lead over Tottenham Hotspur and Arsenal, who both dropped points against Sunderland and Watford, but Diego Costa's penalty was saved by Mignolet.