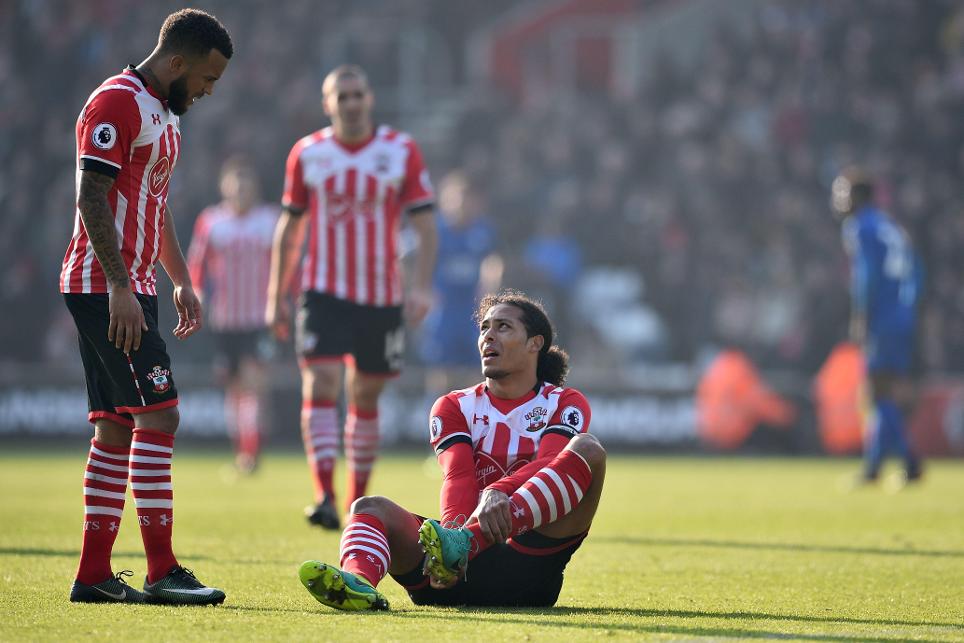 Sales continue as defender is ruled out of GW23, but three key Spurs assets are available to managers

They have a good solidity, says Puel
Ibrahimovic a standout armband option

Virgil van Dijk (£5.8m) is set to miss Southampton's meeting with Swansea City at the Liberty Stadium as Fantasy Premier League managers continue to seek alternatives to the 9.8%-owned Dutchman.

Tottenham Hotspur received a boost in attack and defence ahead of a trip to Sunderland after Harry Kane (£11.2m), Toby Alderweireld (£6.3m) and Danny Rose (£6.1m) recovered from knocks that ruled them out of the weekend FA Cup win over Wycombe Wanderers.

More than 73,000 Fantasy Premier league managers have drafted in Kane for Gameweek 23, having netted six times in the last five rounds of fixtures.

With two of their first-choice defenders back in contention, Spurs will be looking to claim a 10th clean sheet of the season against a Black Cats attack with a single goal in their last four matches across all competitions.

Adam Lallana (£7.5m) is available for Liverpool's home clash against Chelsea as the Merseysiders look to arrest a damaging run of three straight Anfield defeats in all competitions.

After missing the Reds' weekend FA Cup loss to Wolverhampton Wanderers, Lallana has been subject to more than 180,000 trades out - more than any other player in the Gameweek.

Liverpool manager Jurgen Klopp will assess the fitness of Sadio Mane (£9.0m), who arrived back on Merseyside on Monday evening following Senegal's exit from the Africa Cup of Nations (AFCON).

Mane's potential return to the right of Liverpool's front three could mean that Lallana switches back into central midfield against the league leaders.

Jose Mourinho has also confirmed that Antonio Valencia (£5.5m), Paul Pogba (£8.5m) and Zlatan Ibrahimovic (£11.7m) - who all played no part in Sunday’s FA Cup win over Wigan Athletic - will return to his starting line-up.

On the other side of Manchester, Sergio Aguero (£12.8m) has recovered from a minor injury in time for City’s trip to West Ham United.

The Argentinian, who missed the weekend FA Cup win at Crystal Palace, has been transferred out by more than 48,000 FPL managers after netting only once in his last five Gameweek appearances.

City's January signing Gabriel Jesus (£9.0m) is also expected to be available. The Brazilian earned an assist on his first start for the Etihad side in the triumph at Selhurst Park.

Slaven Bilic could be set to hand debuts to new signings Jose Fonte (£5.3m) and Robert Snodgrass (£5.7m) for the City match as West Ham prepare for life without Dimitri Payet.

Expected to recover from a muscle problem that meant he sat out Gameweek 22, the 9.9%-owned Snodgrass produced a goal or assist in each of his final three appearances for former club Hull City.

Indeed, despite missing the trip to Chelsea last time out, no player has created more chances than Snodgrass over the last four Gameweeks.