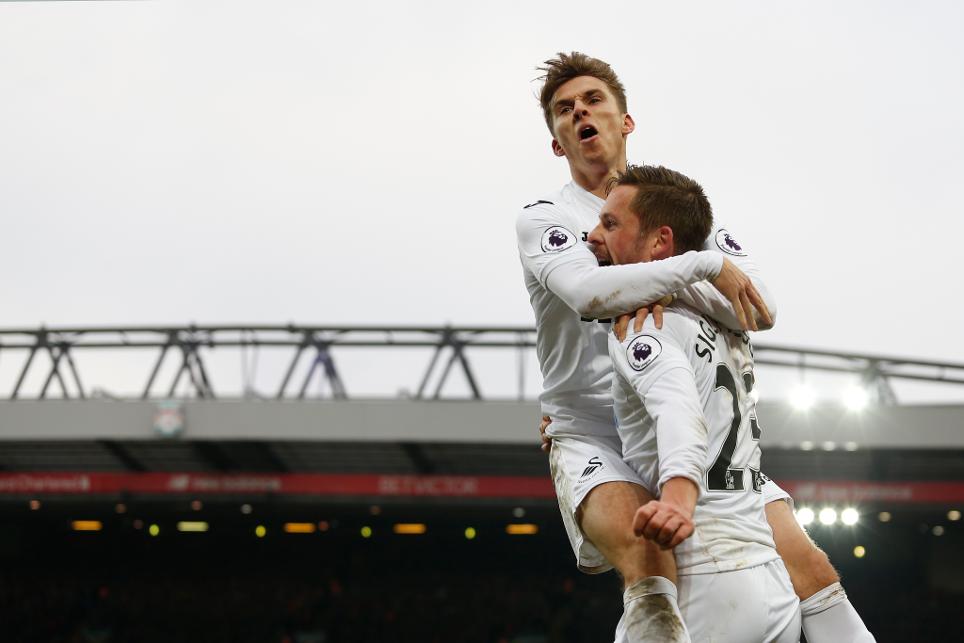 The emergence of Everton's Tom Davies (£4.4m) and the impressive start to life at Swansea City for Tom Carroll (£4.2m) have opened up options that could have a major impact on the thinking of Fantasy Premier League managers.

Budget midfielders have been hugely popular FPL assets over the campaign, with Watford's Etienne Capoue (£4.7m) something of an early phenomenon.

Initially priced at £4.5m, his four goals and an assist over the first five Gameweeks had FPL managers scrambling and, by Gameweek 8, the Frenchman was found in more than 1.7 million squads.

Capoue remains second only to Chelsea's Diego Costa (£10.4m) for total transfers in for the season, having collected more than 2.1 million in total.

Stoke City's Joe Allen (£5.2m) also soared in popularity after four goals in three outings from Gameweek 6, with more than 800,000 FPL managers turning to the initially £4.8m-priced midfielder by Gameweek 12.

These cheap midfield options allow FPL managers to free up precious funds and target big-money strikers. Davies and Carroll can aid this strategy.

Having made 13 appearances on loan at Swansea City in 2014/15, Carroll made a second debut for the Welsh club on Saturday and helped inspire a 3-2 victory over Liverpool.

His assist immediately brought attention from FPL managers and Carrolll now seems poised for regular starts in the creative department of Swansea's midfield.

Davies, meanwhile, has exploded on to the scene at Everton.

Two impressive cameos off the bench have been followed by three Gameweek starts, returning a goal and two assists over those matches.

With Everton enjoying a favourable run of opponents in the coming Gameweeks, Davies is an obvious temptation.

However, Idrissa Gueye (£5.0m) is due to return from the Africa Cup of Nations around Gameweek 25 and new signing Morgan Schneiderlin (£4.6m) is yet to earn a first start, so there are still concerns that Davies may struggle to cement his berth in Ronald Koeman's XI.

With Victor Anichebe's (£4.5m) knee injury set to keep him sidelined for Sunderland until April and Saido Berahino (£6.0m) arriving to contest a starting role with Peter Crouch (£4.8m) at Stoke City, the recent trend of investing in budget strikers may have passed.

Meanwhile, in the top bracket, Costa is again a factor having returned to the Chelsea line-up, while Tottenham Hotspur's Harry Kane (£11.2m) has provided six goals and two assists over his last five Gameweeks.

The arrival of Carroll and Davies is timely as FPL managers are presented with a new method of switching funds to the attack.