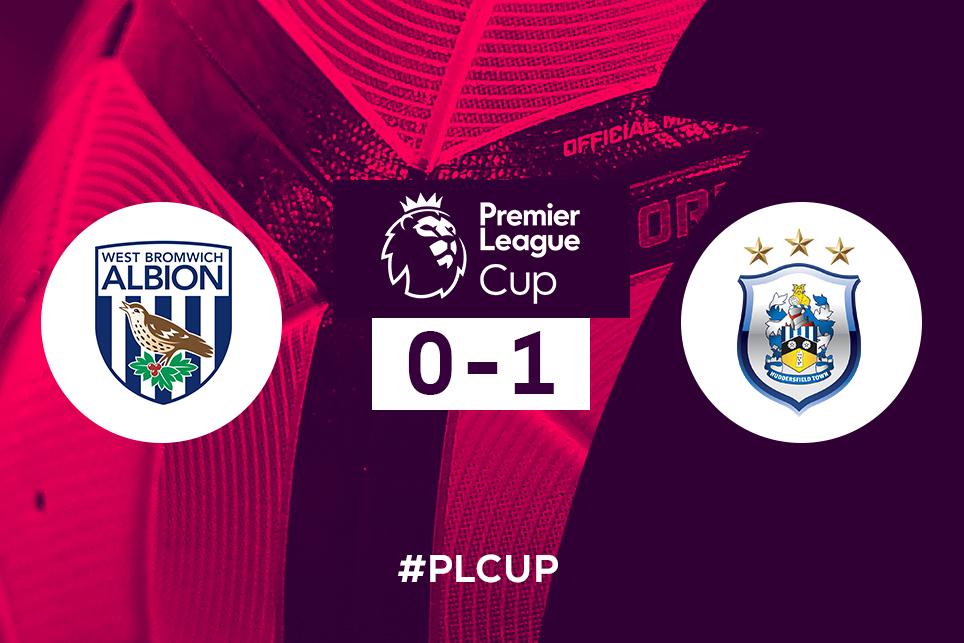 Single goal enough for Huddersfield to go second in group

Sam Warde scored from 25 yards to give Huddersfield Town a 1-0 win over West Bromwich Albion at Kidderminster, putting them second in Premier League Cup Group G.

Warde's long-range effort in the first minute of the second half secured the Terriers' second victory and lifted them above their hosts.

Huddersfield have six points, four behind Liverpool, but two ahead of West Brom and three in front of Ipswich Town, with each club having two matches remaining.

The top two in each group progress to the last 16.

REPORT: #htafc's U23s beat @WBA 1-0 away from home in the Premier League Cup thanks to a goal from @WardeSam https://t.co/UyD7rKvNvo (AT) pic.twitter.com/zE1uFNLwum

Huddersfield's next tie is against Liverpool at Curzon Ashton, on Sunday 12 February, while West Brom entertain Ipswich at The Hawthorns the next night.

The Baggies team next play in Premier League 2 against Norwich City at Kidderminster on Monday.