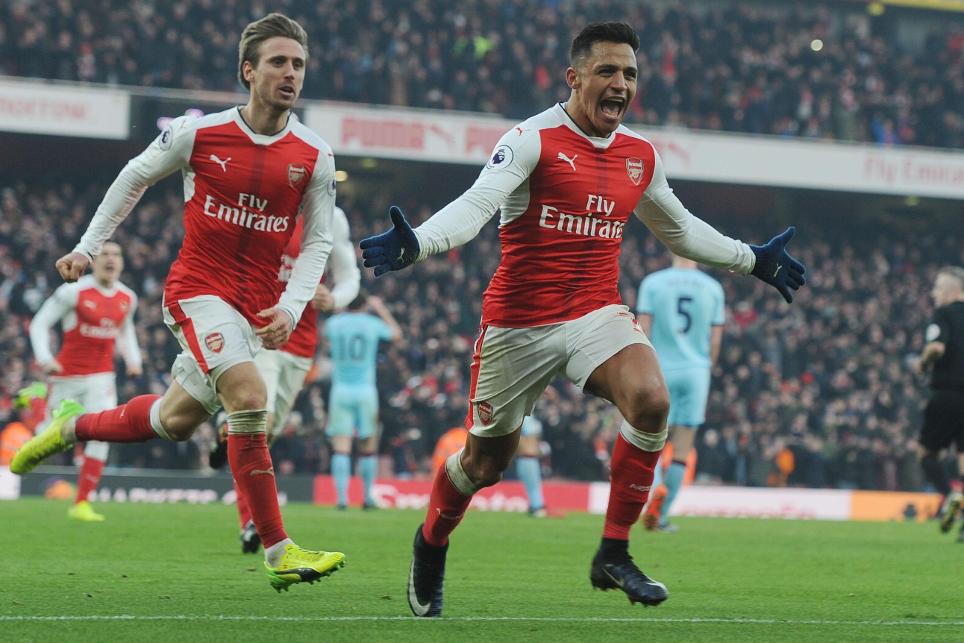 'We keep going no matter what happens' External Link

Alexis Sanchez earned a last-gasp 2-1 victory for Arsenal as two penalties were scored in stoppage-time.

Now that we've all calmed down a bit, have a read of this... #AFCvBFC https://t.co/JmnD8d8GUF

After Burnley resisted Arsenal's pressure in the first half, Skhodran Mustafi headed in from Mesut Ozil's corner with 59 minutes gone.

Granit Xhaka was shown a red card for a lunge on Burnley's Steven Defour, and then Gray netted before Sanchez struck the final blow in the eighth minute of stoppage time.

The result moved Arsenal up to second, five points behind Chelsea before their meeting with Hull City.