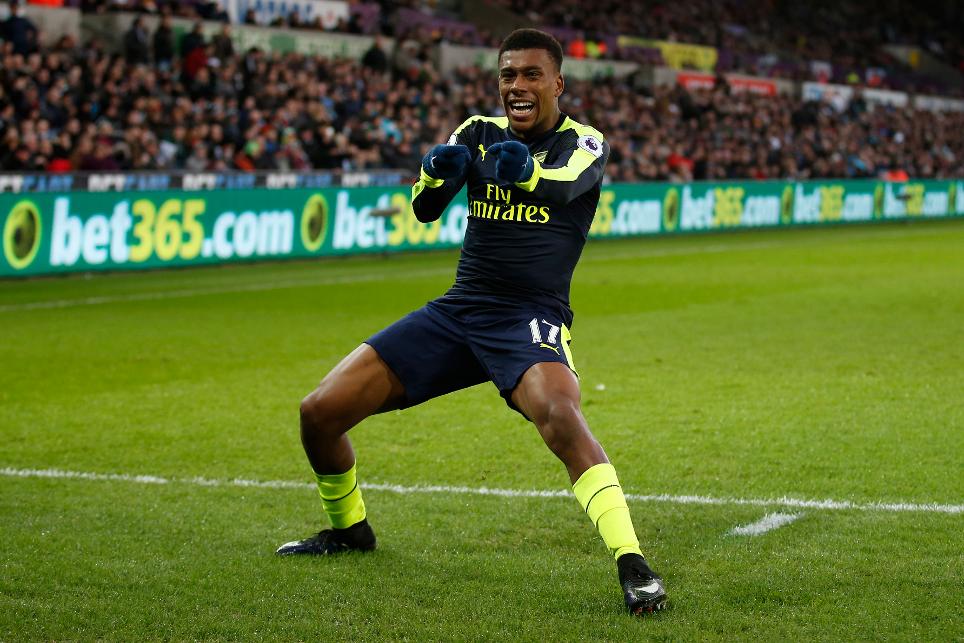 Arsenal winger is an FPL bargain ahead of three favourable home fixtures in the next four Gameweeks, according to The Scout

The very best of Iwobi at Swansea External Link

'What they have done is unbelievable' External Link

Supplying a pair of assists in last weekend’s 4-0 win at Swansea City, Alex Iwobi (£5.9m) maintained his flourishing form ahead of Arsenal’s home encounter with Burnley.

With Theo Walcott (£7.4m) sidelined due to a calf problem, the youngster has grabbed his chance to reclaim a role in Arsene Wenger’s first XI, starting each of the last five Gameweeks.

It is perhaps a sign of Iwobi’s growing influence that he was afforded a first 90 minutes of the season at the Liberty Stadium, serving up a second double-figure haul in the previous three rounds of fixtures.

When compared with his displays over the opening 17 Gameweeks, there is a clear improvement.

Iwobi’s average number of attempts on goal (from 1.2 to 3.0) have more than doubled, while his efforts inside the opposition box (from 0.8 to 2.8) and shots on target (from 0.2 to 0.8) have both markedly increased.

With his number of chances created (from 0.8 to 2.5) also improving, the Arsenal winger looks an enticing option against a Clarets' defence that has shipped 20 goals in just nine road trips, picking up a single point in the process.

Indeed, from Gameweek 18 onwards, Iwobi’s total of 11 attempts inside the penalty area is ranked second behind team-mate Alexis Sanchez (£11.9m), with 16, for FPL midfielders.

As well as their upcoming home meeting with Burnley, Arsenal also host Watford and Hull City in the next four Gameweeks – according to the Fixture Difficulty Rankings (FDR), all three Emirates Stadium encounters score no more than two.