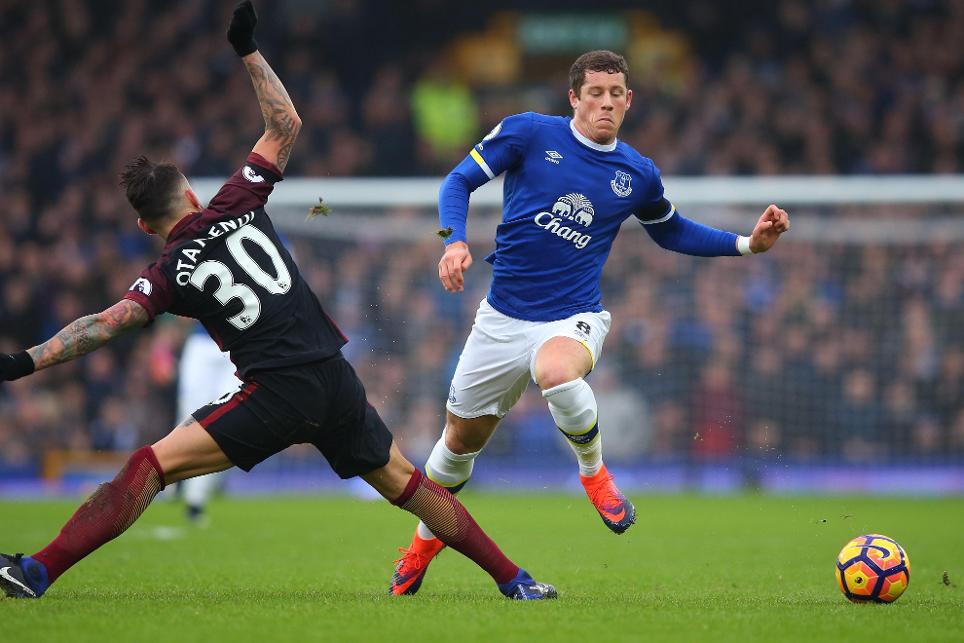 With Everton midfielder's creativity up from last season, favourable fixtures provide a platform to play his way back into squads

A pair of assists at home to Manchester City underlined the growing influence of Ross Barkley (£7.0m) as Everton prepare for an exceptional schedule of fixtures.

The playmaker produced a mere two goals and an assist in the first 15 Gameweeks but Barkley's form has since been revived - he has a goal and four assists in a run in which the Toffees have won four and drawn one of their subsequent six matches.

Having dropped £0.5m in price from his initial Fantasy Premier League valuation, Barkley could flourish further over the coming Gameweeks.

According to the Fixture Difficulty Rankings (FDR), seven of Everton’s next eight Premier League encounters score no more than two.

In this spell they travel to Crystal Palace, Stoke City and Middlesbrough, in addition to home matches against AFC Bournemouth, Sunderland, West Bromwich Albion and Hull City.

Assessed against his displays in 2015/16, Barkley has clearly benefitted from Ronald Koeman’s arrival as manager.

Although his goal attempts per appearance have taken a slight dip (from 2.5 to 2.3), the midfielder has boasted an increased close-range threat, firing an average of 1.3 shots inside the opposition box compared with 1.0 beforehand.

With less speculative efforts on goal, Barkley’s shots on target (from 0.7 to 0.9) have improved, while his creativity is also on the rise – an average of 1.5 key passes in Roberto Martinez’s final season in charge has jumped to 2.5 under Koeman.

Highlighted by his goal and assist against Manchester City in Gameweek 21, Kevin Mirallas (£6.0m) could also be in line to profit - the Belgian has matched Barkley for both goal attempts (11) and shots on target (five) over the last six matches.

But Mirallas has offered far less in terms of creativity and managed only four key passes to Barkley's 15 in the same period.

Indeed, from Gameweek 16 onwards, Barkley has created at least double the number of goalscoring opportunities (15) than any Everton team-mate aside from Leighton Baines (£5.6m), who has recorded eight.