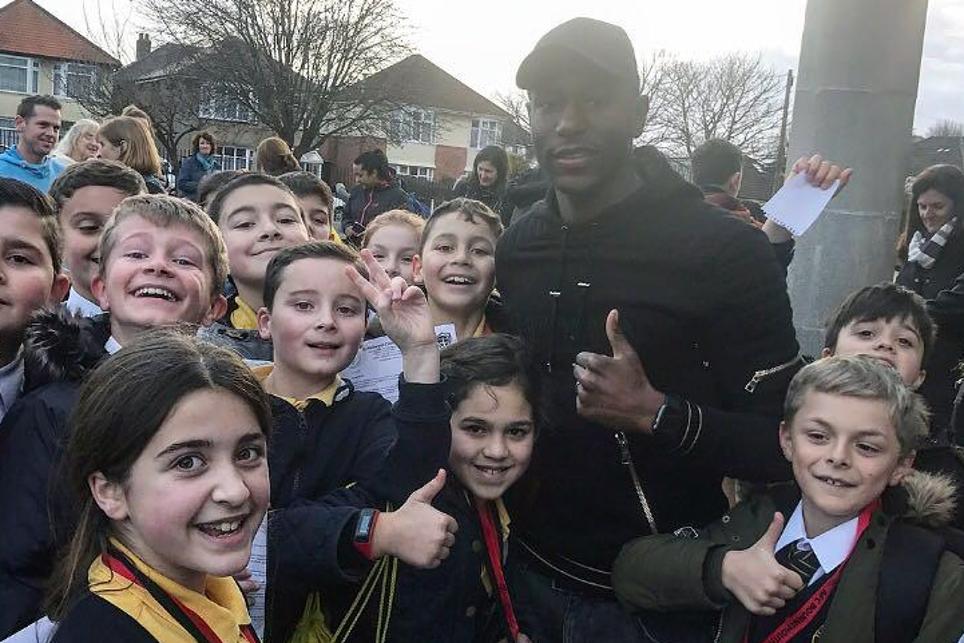 Pupils from St Walburga's Primary School had the chance last week to show Benik Afobe what they have learnt from the Premier League Primary Stars course, delivered by AFC Bournemouth.

Over 10 weeks, coaches from AFC Bournemouth Community Sports Trust have been going into eight local schools and working alongside teachers to deliver PE lessons as part of the club's delivery of the Premier League programme that started in September.

"Each week we have been teaching the children different skills such as dribbling with Marc Pugh or shooting with Benik Afobe," AFC Bournemouth's Community Sports Trust head, Steve Cuss, said.

"We can use these lessons to teach some really important life skills. The respect message is one we have promoted throughout the 10 weeks."

The final week of this initiative was a Fixtures Week, where the pupils competed in matches and Afobe, the AFC Bournemouth striker, and club legend Steve Fletcher acted as team coaches and handing out medals.

One of Premier League Primary Stars' objectives is to increase children’s enjoyment in competitive and non-competitive sports and physical activity to improve their participation and skills.

This element was evident to Afobe.

"It's nice seeing the boys and girls mixing together and scoring goals," the striker told afcb.co.uk. "I enjoy seeing the kids with smiles on their faces."

Premier League Primary Stars uses the appeal of football to engage with young people, developing skills and ambition on the football field and in the classroom with resources for girls and boys aged 5-11.

It provides free curriculum-linked Key Stage 1 and 2 classroom resources for PE and Personal, Social and Health Education (PSHE), added to which Maths and English will follow. To register, visit the Premier League Primary Stars website.