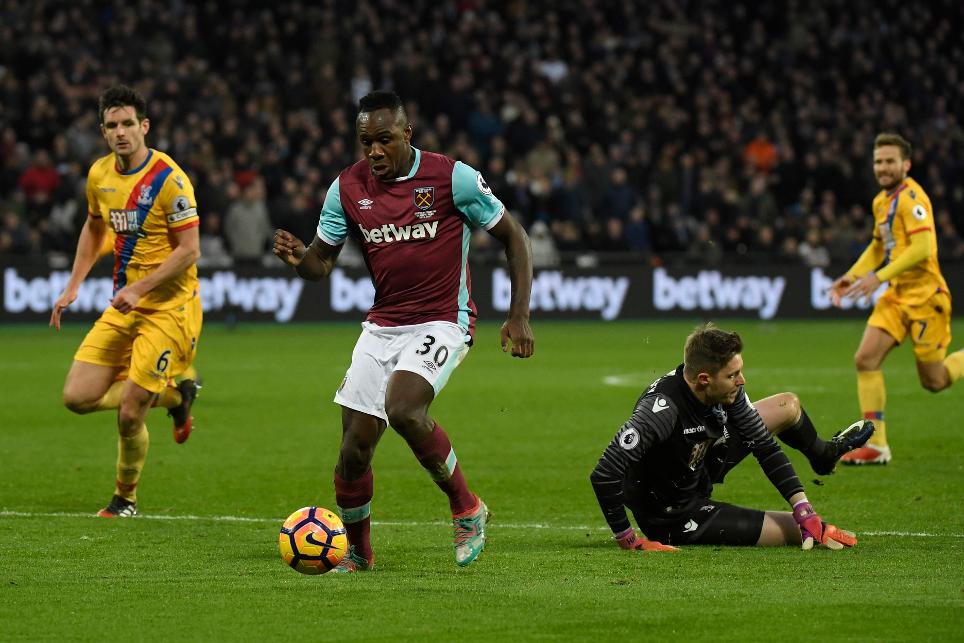 He scored West Ham's third goal, while also contributing 10 recoveries and completing five dribbles, helping him to a BPS total of 36.

Sofiane Feghouli (£5.0m), who scored the first and 'winning' goal, claimed the final bonus point on offer, with the midfielder having also won two tackles, earning him a tally of 30 in BPS.

Registering a Creativity score of 61 consisting of six crosses and four chances created, Antonio topped the ICT Index with an overall total of 14.8.

Carroll posted 9.8 in the Index with the highest Threat score on show (60), having produced six attempts on goal, with four arriving from inside the Crystal Palace penalty area.

Antonio’s 15-point haul means he has now provided 15.3 points per million, maintaining his status as one of the best value midfield options available.

With attacking returns in four of his last seven starts, whether he is utilised as a wing-back or in a more advanced role, Antonio continues to prove his capibility of delivering both goals and assists.

His creative influence was vital in the absence of Dimitri Payet (£9.0m), who is not currently being considered for selection by manager Slaven Bilic.

At the back, the Hammers have now kept three clean sheets in their last four matches at London Stadium.

But with Manchester City, West Bromwich Albion and Chelsea their next three visitors, the schedule does not promote investment in their defensive assets.

For Crystal Palace, Christian Benteke (£7.4m) recovered from a shoulder injury but failed to find the net or assist for the sixth successive appearance.

More alarmingly, the Belgian did not record a single effort on goal and has mustered only six attempts in total over those six Gameweek blanks.

His 5.8% ownership looks set to continue to diminish, particularly in the absence of key creator Wilfried Zaha (£5.7m), who is away at the Africa Cup of Nations.

Elsewhere, Jeffrey Schlupp (£4.8m) made his Eagles debut as a substitute, playing on the wing, and is in contention for a first start in the Gameweek 22 hosting of Everton.

Schlupp, who is classified as an FPL defender, could be of interest should he cement a regular role in an advanced position.