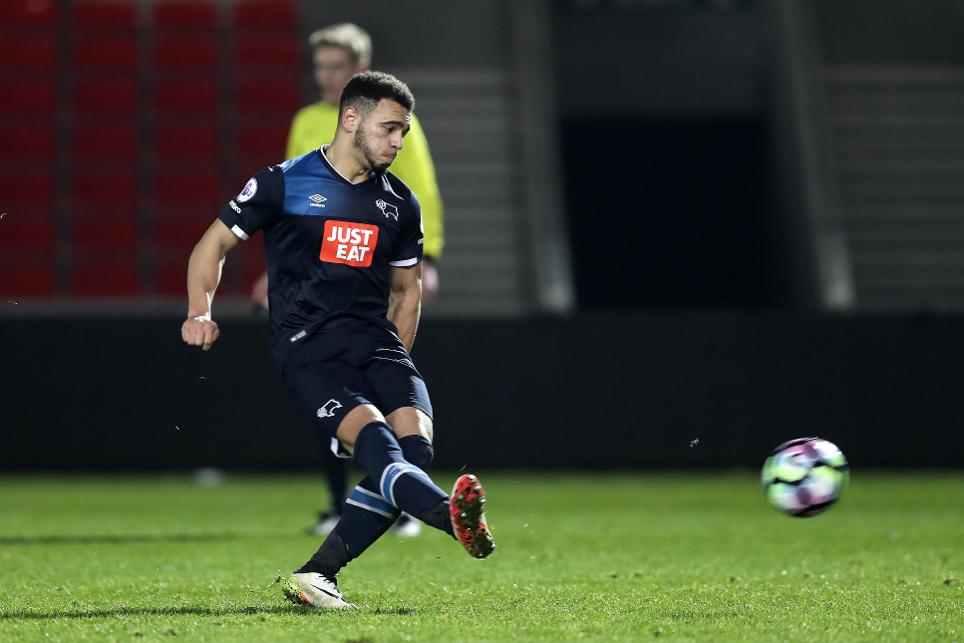 City took a first-half lead through substitute Joe Hardy but Kellan Gordon equalised in the 55th minute and further strikes from Emil Riis Jakobsen and Mason Bennett (pictured above), from the penalty spot, secured the Rams' first win of the competition.

.@joehardyy's strike isn't enough for City as they lose out to Derby County in the #PLCup. #mcfc https://t.co/YgLGckoWTX

Colchester United, on seven points, lead the way in the group, followed by Hull City, on six, having only played three matches each. Derby are third on four points, one ahead of City.

The top two teams in each group progress to the last 16.

REPORT: Read our account after #DCFCU23s fought from a goal down to seal a deserved 3-1 #PLCup win over @ManCity: https://t.co/9aYd3Vunui 📝 pic.twitter.com/0DSChZf32f

City's next match in Premier League 2 is at Leicester City on Monday, while Derby face Reading at Wycombe the same night.