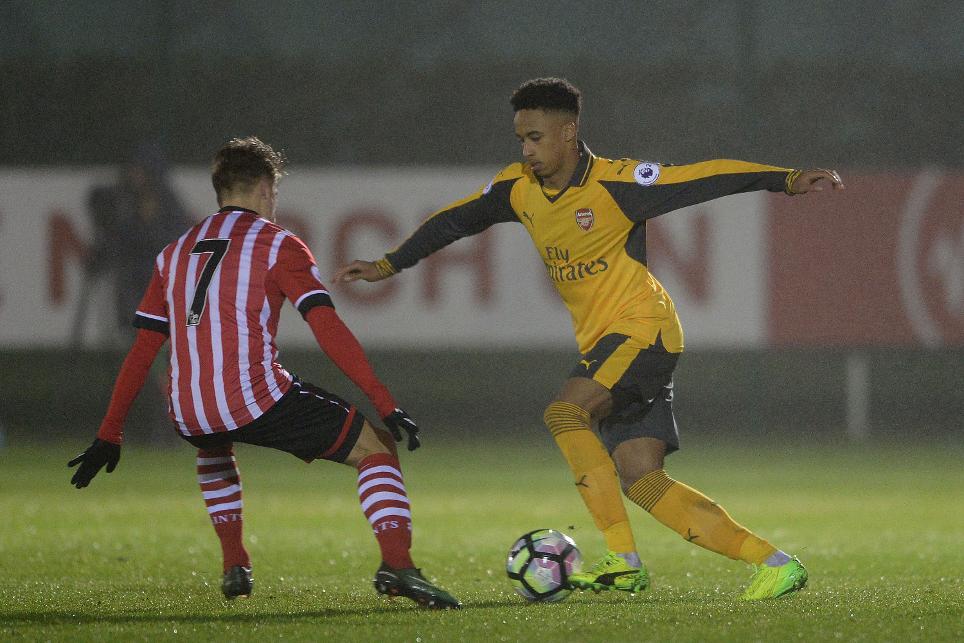 Cohen Bramall made his Arsenal debut as the Gunners came from behind to win 3-1 at Southampton in Premier League 2 Division 1 at the Saints' training complex.

Read our report from Staplewood Campus, where #SaintsFCU23s were beaten 3-1 by #Arsenal U23s in #PL2: https://t.co/bpiNmftWfM

Jonathan Afolabi gave Southampton a half-time lead on his first start but Stephy Mavididi equalised early in the second half and late goals from substitute Eddie Nketiah and Chris Willock wrapped up victory to drop Saints down to eighth.

Southampton's next match is at Bristol City in the Premier League Cup on Friday, while Arsenal entertain Chelsea in PL2 at their Colney Training Centre at lunchtime on Friday, 27 January.