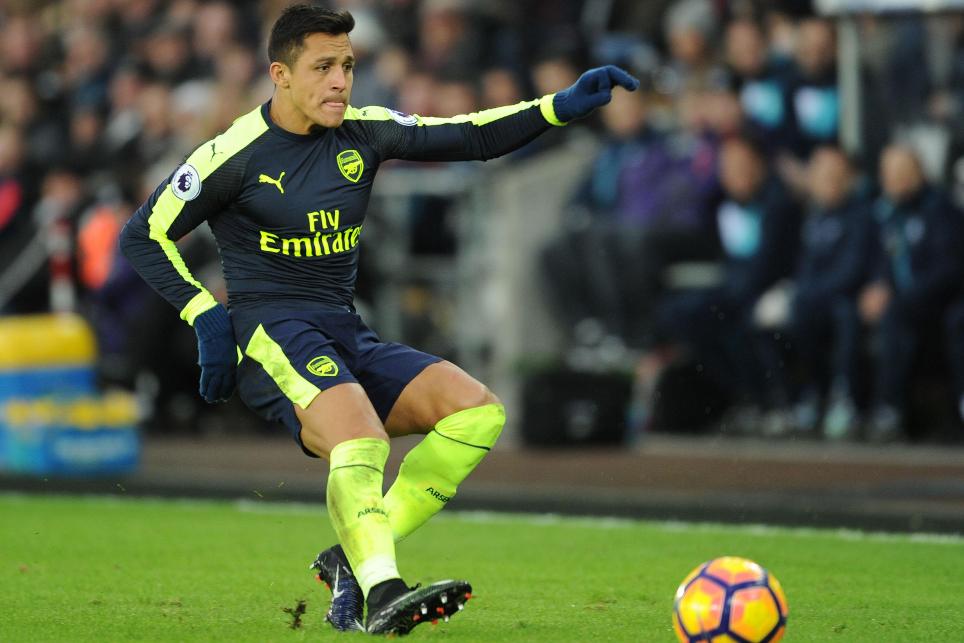 Along with his goal, Sanchez won four tackles and completed two dribbles to record a Bonus Points System (BPS) score of 34.

Alex Iwobi (£5.8m) earned two assists to pick up the final bonus point on offer. He also won two tackles and completed 91% of 36 attempted passes, scoring 33 in the BPS.

Sanchez stood out in the ICT Index, recording a total of 15.9.

His Threat score of 74 was the best of every player in the match, having fired in four goal attempts with three arriving from inside the Swans' penalty area.

Iwobi ranked next in the Index with a tally of 9.3.

The Nigerian scored strongly for Threat, earning a total of 62: Iwobi registered more shots from inside the box (four) than any other player.

Mesut Ozil (£9.5m), who returned to the starting XI having missed two matches due to illness, claimed the highest Creativity score on show (46).

The playmaker completed the most passes in the attacking third (28) and created three chances.

Having been handed the Gameweek captaincy by 48 of the top 100 FPL managers, and by 16.5% overall, Sanchez delivered a first double-digit score since Gameweek 14.

Significantly, his 73rd-minute goal arrived after Olivier Giroud (£8.7m), who opened the scoring at the Liberty Stadium, had been withdrawn with an ankle injury.

That meant Sanchez reverted to the central-striker role having been deployed on the wing in his last four Gameweek starts.

With 154 points, Sanchez remains top of the FPL overall standings ahead of Emirates Stadium meetings with Burnley and Watford.

In terms of defence, the Gunners have now kept three clean sheets in their last four Gameweeks.

With Hector Bellerin (£6.5m) missing out through injury, Koscielny is in the ascendancy as the key target in the Arsenal rearguard.

However, Gabriel (£4.8m) could provide a short-term option should Bellerin fail to recover for Gameweek 22.

With only one assist in six Gameweeks, Swansea City's Gylfi Sigurdsson's (£7.3m) 5.9% ownership is set to dwindle further.

The Icelander has been sold by 170,000+ managers over the past three Gameweeks and looks to be dispensable through a testing spell of fixtures for the Swans.

Paul Clement's men face Liverpool (A), Southampton (H) and Manchester City (A) in their next three outings.